Gionee P7 Max Smartphone: The latest smartphone of Gionee has launched on October 3, 2016. This new smartphone is now available in Nepal along with the price label of NPR 21,999 or $ 205 or 13,800 INR. As of now, there is no official notification about the release of Gionee P7 at other countries. 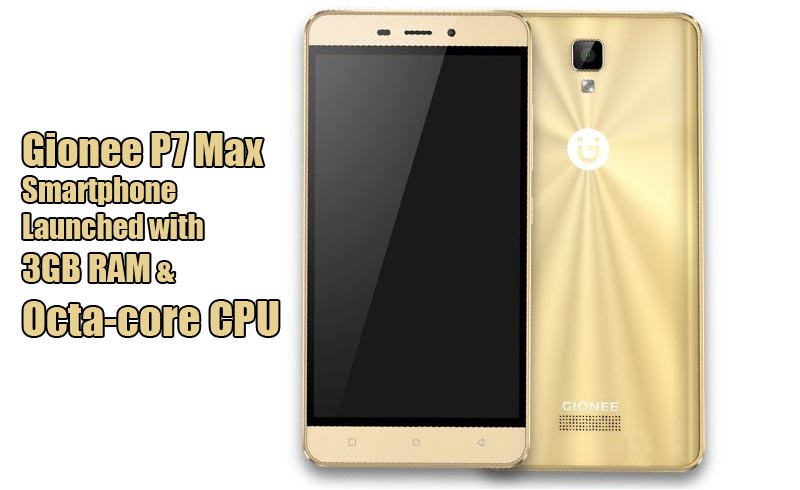 The latest Gionee P7 smartphone has designed with the features of 3GB RAM with the 32GB of internal storage. The smartphone has powered by the processor of 2.2GHz octa-core 64-bit MediaTek MT6595. The 5.5-inch IPS Full-HD display has the 1920×1080 pixels of resolution with the 244ppi density. This new flagship has allowed the people to use with the dual-SIM and both of the slots has the 4G-LTE connectivity. This Gionee P7 runs Android 6.0 Marshmallow-based Amigo UI 3.2. Users can expand the memory storage up to 64GB by using the micro SD card.

Gionee P7 Max Camera: The front facing camera had the qualification for the better video call and selfies, it has made with the 5MP. The rear camera (or) Primary camera had the special feature of autofocus along with 13MP f/2.0 aperture. The LED flashlight has built rear to the rear camera.