AIADMK MLA’s has been arrested by AIADMK party for the past few days in Golden Bay Resorts. To the reporters, the party said, they are not arrested in resorts. They just gathered all MLA’s in the same place for the meetings and to meet the TN Governor on time. Due to the puzzle, Police has been placed in front of Kuvathur resorts and 144 was bought there on 14th February after the General Secretary Sasikala has been announced as a convict in the DA case.

A few hours ago, a shocking letter is being circulated on the Social network which is said to be written by an MLA from the Golden Bay Resorts explaining their current situation, which is horrible. That unmentioned MLA written a letter with a piece of paper from Golden Bay Resort letter pad paper, to the governor to save their life. Here is what written in the letter in the Tamil Language, Most of the MLA’s are arrested in the resorts with a group of rowdies. No one have access to TV, newspaper or mobile phones to communicate with anyone. One of the MLA got attacked by a rowdy and suffered with stomach and chest pain. That is the reason for the arrival of Ambulance to the resorts earlier today. 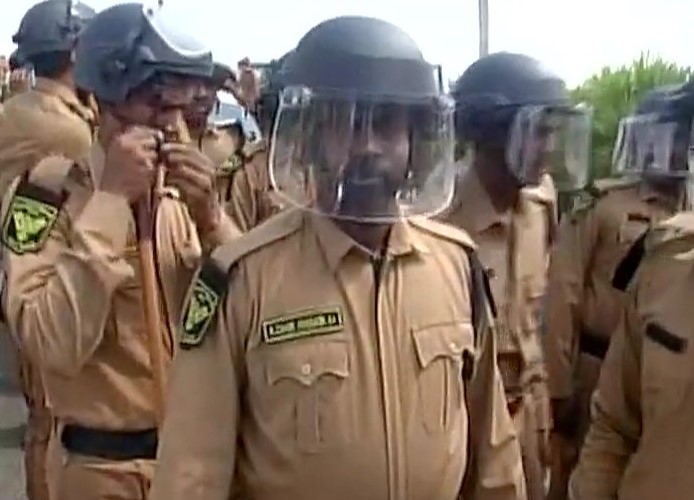 Looks like the letter was handed over to a Resorts worker and it came out of the resort at late night. Here is the photo of that letter from one of the MLA in the resorts. If there is no proper updates from the resorts by tomorrow, police may bring lathi charge to handle the resort as it is already in their control. 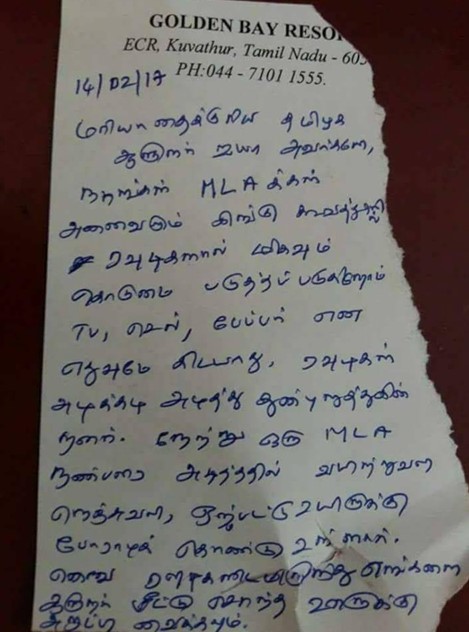 What do you think about this letter? What will be the next steps taken by the Governor and CM to bring those MLA’s back to their home? Do share this as much as possible for forcing police to take action and see what is happening inside the Golden Bay resorts.