The Warriors looking their fourth consecutive win and the Thunder looking their sixth game winning streak in this season at present. This is the final meeting between Warriors and Thunder in this seasonal series. So, the Stephen Curry travel to play Russell Westbrook in Oklahoma City tonight.

The Golden State Warriors had five wins in the last ten games. In that, the team have won three matches in last five. The Warriors beat Milwaukee Bucks on Saturday night 117-92. Also, the Warriors beat to Thunder in last three meetings in this season. In the last game to Thunder, the Stephen Curry performed well and scored 26 points.

The Oklahoma City Thunder are the hottest team at present in this NBA season. Because of Russell Westbrook’s performance, the team had six wins out of last ten games, However, he has averaged 35.6 points, 10.9 assists, and 9.8 rebounds per game over the last ten games. On the most recent game to Sacramento Kings, the team won their game with the final result score of 110-94. 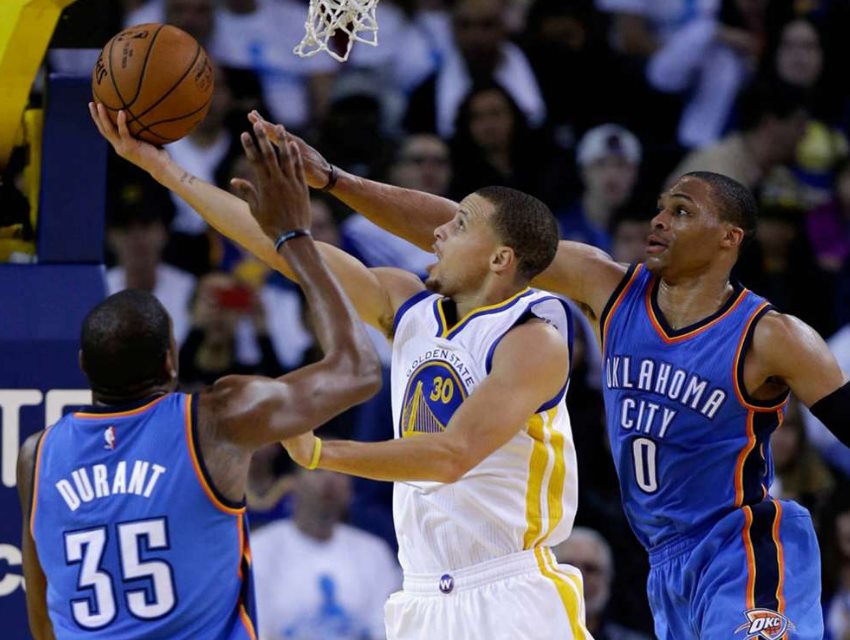