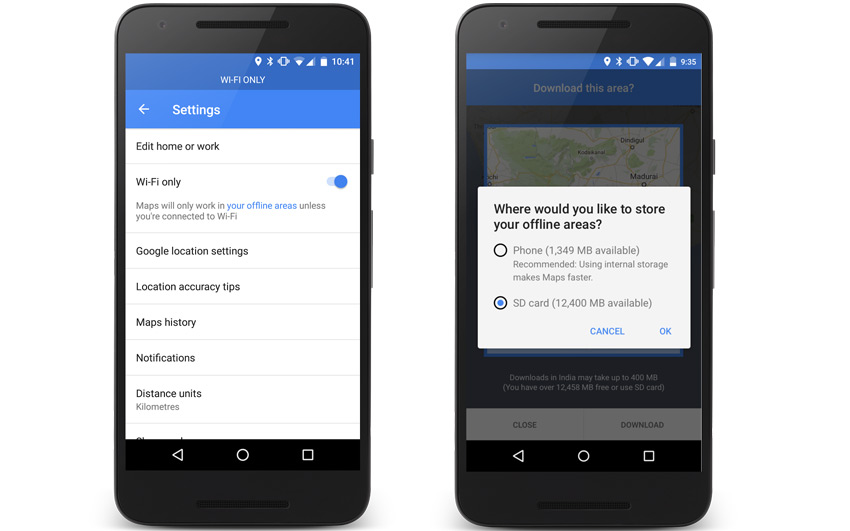 Google offers the new feature for all the travellers, now we can able to use the Google Maps in Offline Mode. Google has a Guide for you all. Just follow the steps given in the google support page. This Google Maps New Offline feature is available from 8th August 2016. They guide us on following titles as,

We can save our downloaded Maps on our SD external card. Also, we can use the mobile data to save by the offline mode. We don’t need the WiFi but, we need switch into the “WiFi Only” to use the Google Maps Completly on Offline.

We can also update our Offline Maps by switching into the online mode OR using WiFi. It will update with the recent traffic on our road. Also, it saves our battery life by using this Google Maps New Offline feature.