Google Maps Popular Times feature is now available with the real-time views. The Google has announced the Google Maps Popular time new update on this Monday, November 21. The feature has already out to the market for the Google Map lovers. The official note of Google has said that this update has launched at the right time by considering the season such as the black Friday and Christmas. People can use this update to check the crowd of the certain location. It shows the result that how busy on a specific venue in real-time. 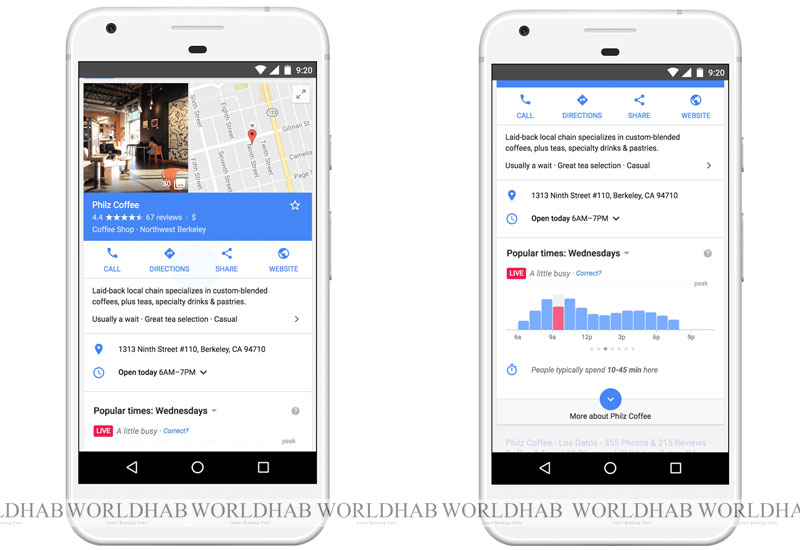 The Google introduced its Popular Times feature in July 2015 and now, it is upgraded into the next level as Live. It is the most helpful update for the people (or) google users to shop on holiday periods. The Google Map is also showing the business hours of certain stores like pharmacy, Kids shop and more.

Google also updated another new feature as time management. People can check now that the crowd (or) engagement of the pollution in certain time for a location. Google said that “If you’re playing host for the day, you can also check and see how long people typically stay at a given location.”