Australia: The Grant Cook lives in Coolangatta. He the Australia rugby league player. Cook has died in the Hospital at midnight after the critical situation. Grant Cook has collapsed during the rugby league game. He has played a game for Murwillumbah Mustangs at his home aginst Casino Cougars Yesterday on Sunday. At the half time of the match, he collapsed after being tackled. 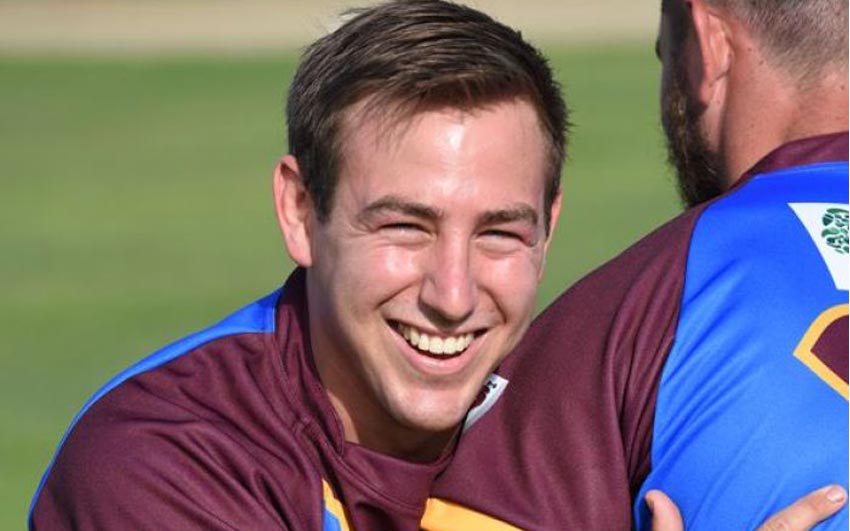 He is the 28-years-old father for two children and his wife Colleen. She shared her feeling through her facebook posts. The Cook admitted to the Gold Coast University Hospital in the serious condition. But, unfortunately, he died along with his injuries at midnight of Sunday.

Collen said that her husband’s sudden death has “left a huge hole” in her lovely heart. Ms Cook wrote on her Facebook as “My beautiful husband Grant is now an angel watching over us.” and also, “Life can be so cruel. He has left a huge hole in my heart and I know all family, especially his parents, are hurting trying to understand this tragedy.”

She said, “He actually taught me many things. And held me together in my darkest days.” And “My worries would always disappear with his presence, his beautiful smile and his kind words on how it will all be OK.”

“He had the most beautiful blue eyes which both our children were blessed genetically with so that’s comforting I will see him in our children daily.”

“My worries would always disappear with his presence, his beautiful smile and his kind words on how it will all be OK.”

She said he achieved much in his life. “God took another good one away from us. He must have his reasons. But it doesn’t lessen my grief.”

“You died doing something you loved so passionately, and I guess that’s how I have to look at it. You finally got to wear that number 6 jersey before the season was out too.

“I always did say I would love you forever and a day. And you know I will.”

No words can describe the sadness we are feeling. Out heart felt condolences go to all of Grants family. -Mullumbimby Giants Rugby League.