The official Telugu Remake of Tamil hit film, Irudhi Suttru (2016). The Guru titled Telugu film is a feature by the lead stars of Venkatesh, Ritika Singh, and Nassar. It is remake film, so the maximum of the film lovers are known well about the storyline and the climax moments. However, it is in the Telugu language with the favourite star of Tollywood, Venkatesh. Expecting the way of remade with the taste of Telugu states. The film is releasing worldwide on March 31, Friday. However, the special screening of this movie was also held earlier.

Guru Story: The latest Telugu Film, Guru revolves around the professional boxing coach Aditya Rao (Venkatesh). Due to some misunderstanding between the counsel, he gets his name on the blacklist as falsely by the corrupt officials. Though, he is trying to prove his level of his passion. So, he is trying to get for the best female boxer. While at the time, he met Rameshwari (Ritika Singh). He planned to bring him to a gold medal for the India nation. The movie is showing the struggles that what are all the girls facing for their dreams. In that way, Rameshwari (Ritika Singh) is also one of them who faced lots of troubles and worries. While most of the are praising Guru, a few others don’t think highly of the movie. 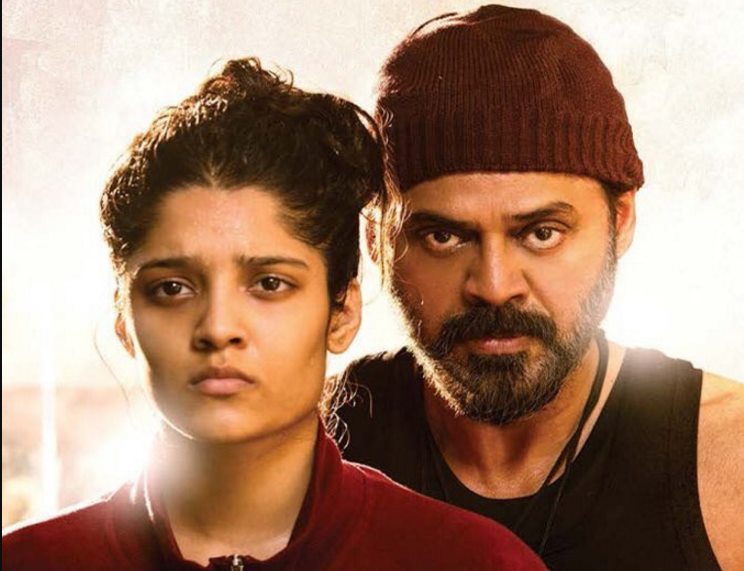 Lahari Music had the official Music Rights. All the Songs are available with the lyrics at their Official YouTube channel with lyrics. The film directed by the Sudha Kongara Prasad, who did for the original version of Irudhi Suttru. The story of the film also carries by Sudha himself. It is Telugu, so Harsha Vardhan was penned the dialogues for this film. The S. Shashikanth is helped by providing financial support as a producer. Screenplay by Sudha Kongara Prasad himself. Santhosh Narayanan is the music director and Cinematography is K.A.Sakthivel. The film is finally out with the edits of Sathish Suriya.

#guru is a brilliant film ? go watch it guys !! #Venkatesh gaaru has nailed it big time .The best ever I thoroughly enjoyed don't miss it !

Got a chance to watch #Guru 2days bck. Movie is remake but their work remarkable​.@ritika_offl n #Venky sir killed it. Purely #Dangal of TW