[Half Time] Manchester United vs Arsenal Score & Result with Highlights

The 12th week Premier Leauge match has been kicked off by Manchester United vs Arsenal today on Saturday noon. The Lineups are announced as per the schedule, and the players are assembled on the ground to play at 12:30 PM BST. 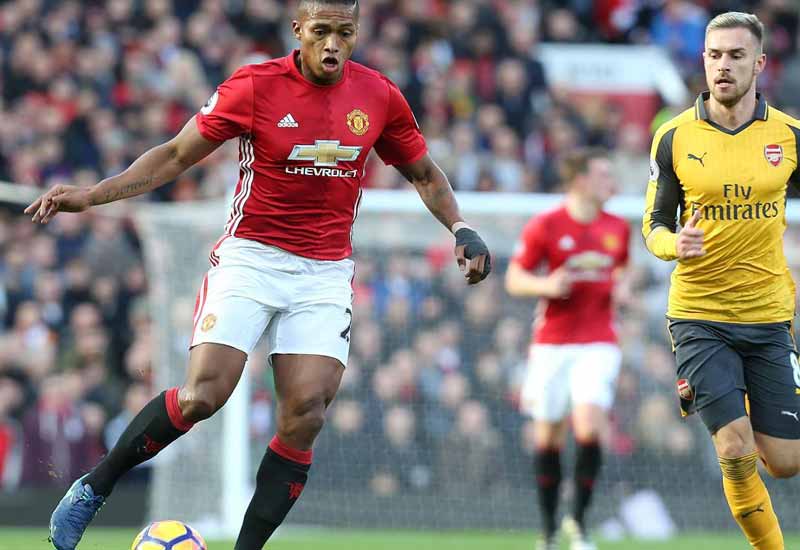 1′ Minute: Ander Herrera, the midfielder of Manchester United has made a foul at the first minute of the game. The Arsenal Forward player, Alexis Sánchez wins the free kick in the defensive half.

3′ Minute: The Goal attempted has missed by the Paul Pogba. He is the Midfielder of Manchester United. Marcus Rashford has assisted with his cross but, missed it for the goal.

4′ Minute: Mohamed Elneny made his first foul in today’s match against Manchester United. He is the Arsenal Midfielder.

5′ Minute: Juan Mata’s goal attempt has missed, where he footed the ball from outside the box is close. Even though, it is missed in the left side kick.

7′ Minute: The Arsenal Key Player, Alexis Sánchez has tried for the goal on the header from the center of the box misses to the left. Whereas, Theo Walcott has assisted from the corner.

16′ Minute: Alexis Sánchez is shown the yellow card for a bad foul. He is the Arsenal Forward player, who had two goals in Away game of this Premier League.

23′ Minute: Again from the Arsenal. Francis Coquelin has missed his attempt. The Arsenal Midfielder (34) footed his ball from the outside box is high.

25′ Minute: Matteo Darmian is shown the yellow card for a bad foul. He is the Manchester United Defender.

30′ Minute: Manchester United midfielder Ander Herrera tried to kick his ball to net from his right foot to the box, where it is too high. So, Attempt failed.

36′ Minute: Again, the Manchester United Forward Player, Juan Mata has tried along with the assist of Paul Pogba. But, the attempt has failed.

39′ Minute: Now, it is Arsenal midfielder (35) Mohamed Elneny has used his right foot along with the help of Alexis Sánchez, for the goal from outside the box is too high. But, the attempt has failed again.

41′ Minute: The Manchester United Forward Player (11) Anthony Martial has used his right foot for the goal from the left side of the box and it has saved at the top center of the goal along with the help of Ander Herrera. Again, Anthony Martial has tried to kick by using his left and again, the attempt has saved.

Finally, at the end of the First half, the Manchester United vs Arsenal Score is 0-0.