IPL Live score 2018 CSK vs RCB: This is 35th match of this season out of 60 matches, set to begin at 4 PM today. This is the home match of Chennai Super Kings, so the venue of this match at MCA’s International Stadium in Pune. CSK have six wins and three losses this season, they step down to the second position in the standing table due to their recent loss over KKR. While RCB gets up and won a game against Mumbai Indians and now at the sixth place in the table.

MCA International Stadium in Pune is unlucky for MS Dhoni to win the coin-toss. He lost his toss in his last six matches. Lastly, he won a toss in Pune on 22nd April 2016. In this season, the team played totally three matches in this venue and all they have played in first innings batting and also scored 204-5, 169-5 and 211-4.

CSK winning chance: Chennai Super Kings have won 13 matches by playing 21 matches against Royal Challengers Bangalore in past IPL matches. The other seven matches have won by Virat Kohli’s team and one was ended without result. CSK should fix their negative side against spin. Other than this, the team has more chance to win this match against Virat Kohli and company.

RCB winning chance: Without the presence of AB de Villiers, Kohli’s team have won a match recently against to the defending champions, Mumbai Indians. Also, the team will lose another big name from the lineup, he is Quinton de Kock.

So, the team should find the better man to place behind the stumps. AB de Villiers will back again from recovering from viral fever and will play against CSK. Hope, the team will win this match, as it should be the right reply to CSK, they won a match at Bengaluru on 24th IPL Match this season.

TOSS: Chennai Super Kings have won the toss and have opted to field 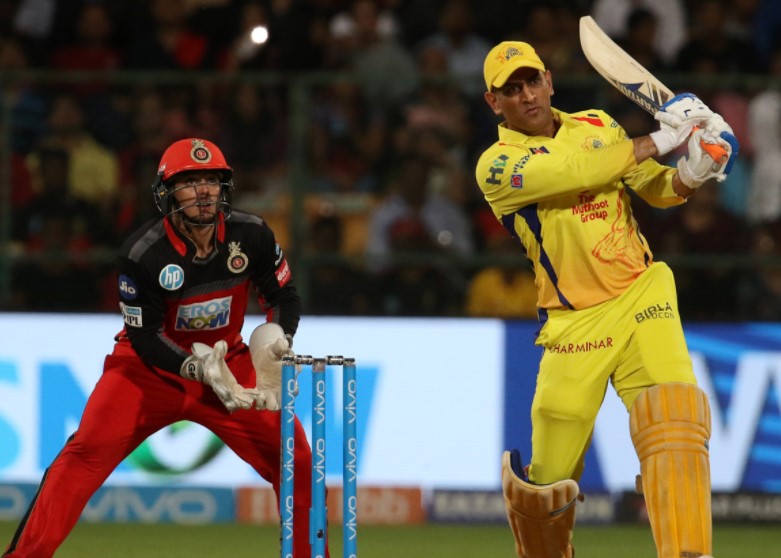 CSK vs RCB Key Batsmen: Ambati Rayudu is one of the top run-getter of this Indian Premier League season. The team looks fantastic on the batting lineups on opening and middle. The skipper MS Dhoni also scoring some big runs in recent games from the middle order.

The captain of RCB, Virat Kohli need to score more runs to win a match apart from other team players. The fans are like to watch his powerful batting and some big scores. He didn’t score more than 50 runs in recent past matches. Also, in the top lineups of others should play well.

RCB vs CSK Key Bowlers: Lungi Ngidi and KM Asif have started their performance recently and doing their job well in pace bowling. Hope, they both will continue the same on upcoming matches scheduled.

For RCB, they have Tim Southee and Umesh Yadav on pace and leg-break bowler Yuzvendra Chahal are there to give tough against Super Kings. Chahal had picked-up two wickets against CSK in the last match at Bengaluru by giving just 26 runs. In that match, men in Yellow have chased run of RCB’s 205.

Chennai Super Kings Live Match on next against Rajasthan Royals at Sawai Mansingh Stadium in Jaipur after a 5-day break from this match, on May 11.

Delhi Daredevils Live Match on next will on May 7th against SRH in Hyderabad and including the match against CSK, they have four consecutive away matches.