It’s without a doubt that the bushfires that plagued Australia for the last months of 2019 to the early days of 2020 were one of the worst things to happen to the natural environment. Not only did tons of resources were engulfed in flames, but billions of animals also perished during the catastrophe.

People’s lives were also affected, especially those living near the East Gippsland region of Victoria. Many homes were burned, along with their hopes and dreams for the future. It is reported that over 2,000 homes were lost to the fire. Lives were also taken, and a family of 32 individuals suffered from grief and loss. 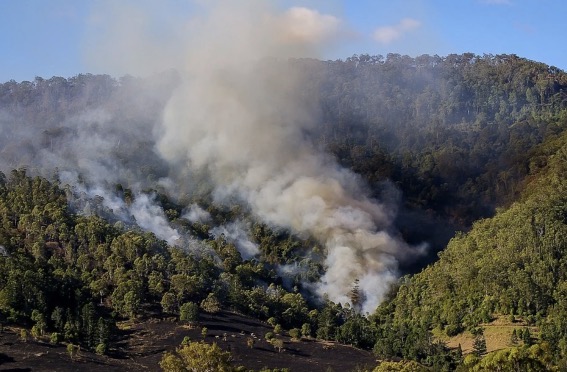 Now, a new crisis has emerged. With the fire just recently burning out, the country has to face the problems the fire left. With pain and loss in their hearts,  Australia needs to deal with the economy that the bushfires upset. Many feared the economic downfall looming closer as each day passed by.

Australia is no stranger to bushfires. Since 1851, at least 800 people have died due to wildfires, 80% of these fires occur in northern savanna regions. However, the 2019-2020 Australian bushfires are different.

Due to the severe drought that had been ongoing since 2017, this bushfire was more devastating and deadly. Not to mention the little to no rainfall had affected the catastrophe in more ways than one.

So no, the bushfire was not unprecedented. What was unexpected, though, was the damage it had caused. This bushfire ravaged an estimate of 18 million hectares, whereas the previous ones only consumed 280,000 hectares in total. This is bigger than most countries.

Now, more than 20% of Australia’s forests were turned into ashes. It was so severe that even the smoke from the fires reached New Zealand. On December 18th, 2019, Australia suffered the hottest day on record, reaching up to a national average temperature of 41.9 degrees Celsius. The country celebrated Christmas during the hottest December ever.

Because of the damages the fires had taken, David Bassanese, a chief economist of Betashares Capital, warned that Australians shouldn’t just worry about the costs of destroyed properties and loss of lives. According to Bassanese, the country should also be concerned about the decline in the economy.

This bushfire was considered to be far worse than the Black Saturday Bushfire, which happened from February 7 to March 4, 2009. It had a burned area of 450,000 hectares. The 2019-2020 Australian bushfire devastated 18.6 million hectares.

This disaster is expected to exceed $4.4 Billion in cost and will lead to GDP falloff. According to AccuWeather, Australia’s Gross Domestic Product will affect and decrease by one percent from the forecasted 2.75% growth.

Prior to the fire, Australia’s economy had already been facing issues. Mental health has been taking sizable damage to the economy. $60 billion is lost every year due to this serious health issue, with $13 billion from wages that are lost. Mental illness had led to decreased productivity and support services.

Due to increased air pollution and crippling the farming and tourism industries, many businesses, as well as people, have lost a significant part of their source of income. School closures, evacuations, highway blocks, profit loss, and taxes, along with increased insurance premiums on the affected areas, are part of the negative impacts of these bushfires. Real estate agents are also on loss with the decreased value of the real estate.

The loss of agricultural industries comes to problems with food and clothing. Different industries under the agricultural sector are now struggling to keep up with the demand for food, especially dairy products. This is because milk-producing states such as Victoria and New South Wales we’re hit the hardest. Other produce such as wool, honey, and meat will also take a decline in supply.

Broken power lines on affected areas can also hinder businesses from operating as usual. Damage of wildlife and ecosystems, flight cancellations, firefighting expenses, and the health problems caused by the bushfires will also take a toll on the economy. Medical costs are on the rise due to different cardiovascular and respiratory issues, as well as the probability of bone marrow loss due to the polluted air. This is due to the damage caused by heavily polluted air.

In Need of Financial Help?

If you or someone you know has their properties ravaged due to that Australian bushfire, you might require financial assistance to rebuild your life. When you feel like you have nowhere to turn to, just remember that the Melbourne Finance Experts have your back. Just visit https://melbournefinanceexperts.com.au/ to learn more.

The catastrophic devastation the bushfires plagued Australia had damaged not only the environment and quality of life in the country but also its economy. With Australia’s economy already facing a decline prior to the event, the wildfires only worsened their situation. Now, Australia is slowly getting back on its feet, with a lesson and letter to the world about the dangers of climate change.

Does the Martingale System Give Roulette Players a Fighting Chance?