Democracy – when we hear this term, the first thing that strikes in our mind is the system where the general people rules. Where the people choose a group who is going to govern them and take essential steps to make their life better and progressive. Also, it is the responsibility of the chosen group to provide all the basic amenities to the people and take steps which are going to help them in making their life better and also they can step ahead in their respective lives. 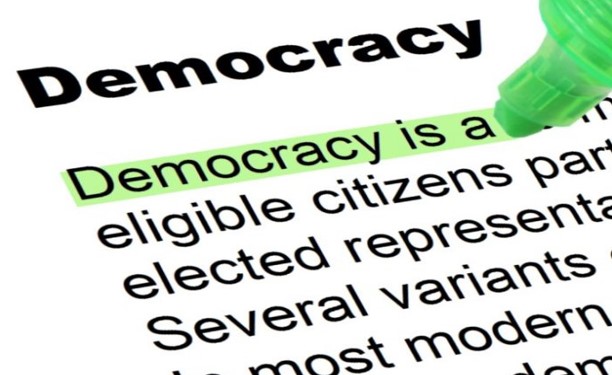 Here, we are going to figure out the ways that how democracy plays a crucial part in economic development –

Whenever we discuss the role of democracy (Democracy in Hindi stands for जनतंत्र) in the growth of the country, the key point that arises is that whenever any decision is taken by a democratic government, the centre point for that is the entire community, not just a particular group of people. Yes, there are few instances when certain policies are rolled out for specific communities as well, but the majority of the decisions are taken keeping in the interest of all the communities. Whenever any policy or decision is made based upon the interest of all the communities, it brings the better distribution of resources and they can be utilized in the most effective and efficient manner. This helps the government to track the impact of the decision implemented and how much impact does it bring to the overall development.

Our democracy gives liberty or freedom to most of the things and innovations and trading are among them. If you have an innovative mind and want to create a new technology or a new product and wanna start trading them then there is no one to stop you if it is in favour of all. The business tycoons across the world seek such innovations, technologies, and products and invest money in them. This thing helps an individual or a team to rise and start creating and selling their products and alongside, helps to develop the economic growth of a country too. Utilizing a local made product or technology saves a lot of money that previously went to foreign countries. This indirectly strengthens the economic structure of the country and helps it to collect money via taxations after technology and product selling. That’s why for last some months, in India, the government helped several new startups to rise under the “Startup India” and “Make in India” campaign.

Democracy provides easy and simple non-violent means for economic growth. Whenever the current economic system or infrastructure do not give the required output or sufficient output then our democracy allows the chosen ones or the government to change the old ways and apply the new system and rules. These changes are made after observing the old system and the average economic growth of every person in India. The changes sometimes are made after wrong observations too which can lead to down economic growth but mostly it helps to raise the development and economic growth and make it stable. Such things in the economic development help the GDP (Gross Domestic Product) of a country to rise as well.

Capitalism is a famous economic process, allowed by democracy, which is effective in rendering different measures for welfare such as personal wealth and employment. It is that system or process where the trading and industries are managed and controlled by some private owners in a country instead of the state to make the profit. Capitalism is among those rules which are made and applied for economic development of the country. Alongside, capitalism could also be ineffective if there are some opaque transactions like bribes or if there is some monopoly. To stop such things some laws are made by the democracy to ensure transparency in the transactions and to restrict monopolies to a particular limit.

These are some of the prominent approaches by which any democracy can help in attaining the development of an economy and make it a global superpower.