How To Meet Partners For Phone Sex Online?

Some people will call phone sex lines to have a quick, casual, and sexy time with someone they’ve never met. The fact that they don’t know this person is part of the thrill. It feels a bit more dangerous and passionate.

Some things to consider while looking for phone sex partners

But other people may have such a good time on the phone sex party line that they don’t want it to be just a one-night thing; they want it to be a relationship. It might sound far-fetched, but occasionally, it happens. So, let’s talk about whether you can meet a partner and find your love life through phone sex.

Many couples started off as friends with benefits who were certain that they would never be anything more. Phone sex is just like casual sex you have with a stranger, but there’s a twist: you can’t know for sure what that person looks like on most phone sex lines. However, it’s a bit more difficult to turn phone sex into a relationship because it’s so much easier to be catfished. Phone sex is rife with the possibility of deceit, and that means it will be harder to know whether or not any part of your connection is real. After all, who you are on the phone when you’re about to climax is a very different person than the one you are on a date with a stranger. But a lot of people (especially those who have read Vox by Nicholson Baker) hold out hope that the voice on the other end of the line is there for more than just a quick orgasm.

When you look through the different phone sex lines you can call, they usually are for adult activities. Dating sites are a bit different, and most of them have moved online. After all, people typically want to know what their date will look like before they agree to spend a full evening together. So, unless you choose a phone sex line that is geared specifically toward people who are looking for something more meaningful and long-lasting than a one-night stand, you’re mostly going to meet people who just want phone sex, and that’s it. However, if you’re willing to look for the needle in the haystack, you may find someone looking to establish a phone sex connection that eventually leads to other things, too.

Meeting someone through phone sex is going to be trickier for a certain subset of people who just aren’t very adept at talking on the phone. Are you at your best when talking on the phone? If so, you might have a chance. But if your voice doesn’t demonstrate how sexy you are, or if you find yourself at a loss for words often, you are probably going to have a tough time seducing someone using just your mouth.

The sex is going to have to be pretty good to make someone who listens to people talk dirty all day to feel like they want to do this again another time, but for free. So, being empathetic, a good listener, and a quick learner will all bode well for the success of parlaying phone sex into a relationship. Always be respectful and ask for consent no matter who you’re talking to.

But the truth is that sometimes, people connect in the most unlikely of scenarios. If the phone sex chemistry you have is electric and you both feel it, you could potentially come out of the conversation with a date. Keep in mind that the best practice would be to let the phone sex operator take the lead and ask about getting together again in person. That way, you know you’re not pressuring someone who is just doing their job (perhaps a little too well). Phone sex operators make money because they are convincing, after all.

Fortunately, some phone sex operators attest to the fact that you can create real relationships on the phone. Listen to this lady who talks about Arousr, a site dedicated for phone sex lovers:

Connect with phone sex hotties at arousr.com and it will ensure that you’re not getting scammed by strangers. Arousr is a place where you can confidently have anonymous phone sex, and you never have to worry about your privacy. 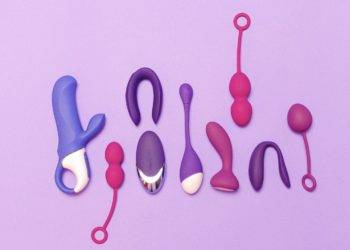 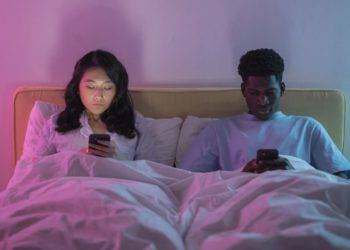 Why it’s a better idea to have your own business

6 Things You Should Always Do Before Having Sex

What Is Behind Attraction For Sexual Dolls?