People who are still searching for a solution on how to send pdf file via WhatsApp, a Good News for you. With the latest App release by Facebook-owned mobile messaging service WhatsApp, users will be able to share the documents over the App. The top mobile messaging service recently hit 1 Billion user base. With this new document sharing feature release, users will be able to share Documents(currently PDFs) in WhatsApp along with videos, Photos and locations which were available in previous versions. 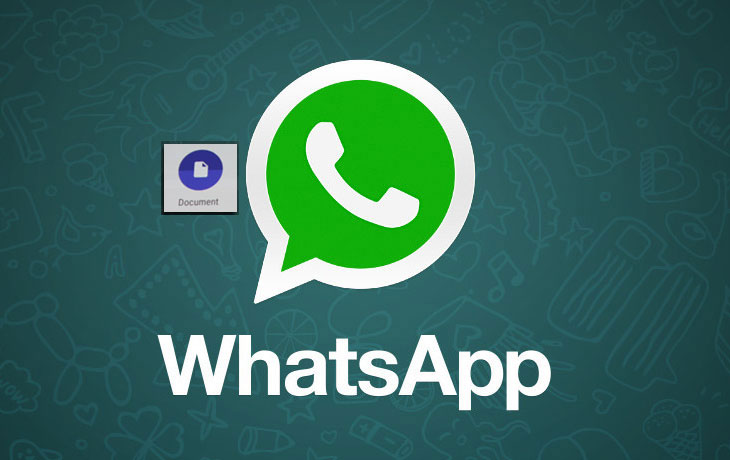 Learn How to Send PDF on WhatsApp Android/iPhone:

After a Big release for IOS App, Pinch to Zoom for IOS users, Messaging service giant has launched the much-anticipated feature which enables users to share locally stored documents with individuals and group.

The new server release is currently limited to PDFs on their latest 2.12.453 App version for Andriod and 2.12.14 IOS release. To use this feature, both receiver and sender should have the most recent version of WhatsApp Version. With the Android app, the user can find the same under Attachment icon, which previously had Photo, Video and Location share option. The Video Share option has been replaced by Document symbol using which one can select a locally stored file which needs to be sent. Whereas Video and Photo sharing option has been compressed into a “camera” option.

For IOS users, WhatsApp's Document sharing option will be available with a tap on Arrow icon, which shows a “Share Document” option.  An Add-On for IOS users will be that they could you share documents shared in Thrid Party Apps like iCloud, OneDrive, Google Drive, etc. (mainly Online Storage) but the feature is currently limited to PDFs.

People used WhatSend to send PDF files on WhatsApp in the past. The recent update allows users to send pdf on WhatsApp. So there is no more need for WhatSend as WhatsApp send pdf file itself.

Watch Video on How to Send PDF File via WhatsApp in Any Mobile:

Not able to Send PDF on WhatsApp?

According to the test, if the recipient has the older version and has not yet upgraded the latest version of WhatsApp, document sharing doesn't work either.

When a file is shared, the App previews, the document with the number of pages, file size and types are shown.

Although WhatsApp is limited to PDFs Documents sharing currently, this new release will help WhatsApp to boost the usage concerning Business usage. The users will be able to share e-tickets, scans and other personal PDFs using WhatsApp.