Home » Entertainment » How to Watch Amazon Prime abroad with a VPN?

The streaming industry is pulling in billions of dollars’ worth of revenue every year. As demand grows, so does the supply. While Netflix has grown exponentially, other players are joining the market and they are rising rapidly too. Amazon’s Prime Video is one of the biggest examples. The service hit 103 million US subscribers in March 2019 and continues to show an 11% year on year growth.

Amazon is a brand almost everyone is familiar with. Prime Video or Amazon Prime is part of a diversification effort by the company. It was launched in 2005 as a primary competitor to Netflix, it took some time for the service to catch steam. Now it has and the brand is hard on the heels of Netflix. There is still a considerable gap between the two but predictions show that Amazon Prime will get there soon. 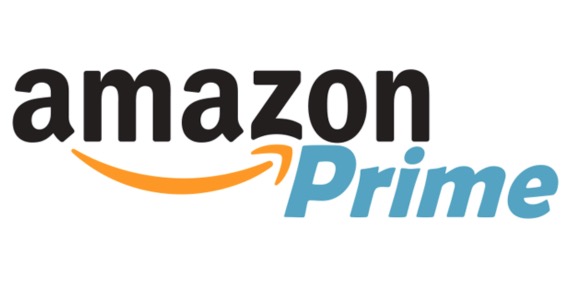 According to Wall Street Research firm, Barclays, Amazon Prime currently has a library of 18,405 movies and 1,981 television shows. Most of the movies on the platform are not rated due to reasons like they are too short etc. Taken this comparison into account, Amazon has less titles than Netflix but otherwise, the Prime Video archive is much bigger than the 7,008 total of the latter.

RottenTomatoes is one of the most reliable rating organizations in the world and based on their results, Fleabag is Amazon Prime’s greatest show. It is followed by other classics including Long Strange Trip: The Untold Story of the Grateful Dead, Catastrophe, Homecoming, Transparent and A Very English Scandal to name a few.

Unfortunately, much like Netflix, Amazon subjects its content to geographic restrictions. There is a dedicated platform for all the countries that Amazon Prime Video is available in and the number of titles on each are different. This means that if you are located in the UK but are traveling, you only have access to a few titles which are listed under the ‘Watch While Abroad’ banner on the service.

This becomes quite annoying when you pull out your phone to stream something but a restriction error pops up on the screen. For many of us, missing our favorite episodes is quite disturbing. Sadly, most streaming services including Amazon Prime don’t take this into account. There are several reasons given for these restrictions but none of them justify blocking audiences from enjoying shows that they love.

Prime Video in comparison with Netflix

One of the most frequently asked questions among streaming service consumers is that which one is better among the two. There is no straightforward answer to this query because the ultimate choice comes down to individual preferences. Both Amazon and Netflix have huge libraries with some amazing titles, both cost almost the same and have very few advantages or disadvantages over one another. Therefore, which service to go for is a matter of individual choice?

How a VPN can allow unrestricted access to Amazon Prime

The matter that requires attention here is a solution for content limitations on Amazon Prime. The service is only available in 17 countries which is much less than Netflix’s 190. Expansion efforts are underway but even in the countries where it is available, Amazon resorts to restricting movies and TV shows. Fortunately, there is an easy way around this.

The solution you are looking for is an Amazon Prime VPN. The Virtual Private Network masks your IP address making your location anonymous. You can then choose to access Amazon Prime from a country where its library is the largest, i.e. the US. Voila! You have unlocked the complete treasure chest. With a VPN installed and activated, it doesn’t matter whether you are travelling or staying in a remote place, as long as you have an internet connection, Amazon Prime is accessible.

Amazon Prime VPN are safe, reliable and effective solutions for users to unblock exclusive titles anywhere in the world. It is crucial to pick a service that is trustworthy though. Ivacy is a top-of-the-line VPN to access Amazon Prime abroad. To learn more visit their website. You can also Unblock Netflix, HBO and other streaming services with Ivacy vpn.

How to take screenshots remotely with Computer spy software

How to take screenshots remotely with Computer spy software