Home » Sports » How Would Premier League Team of the Season Line Up?

With the Premier League slowly reaching its termination point, an appropriate atmosphere has been created for speculations, estimations, evaluations, and of course, a comely concoction of them all— making one’s own squad of XI; handpicking from the best that the most competitive league in football has to offer. In this regard, keeping all biases aside, here is how we feel that the Premier League Team of the Season should line up to be. 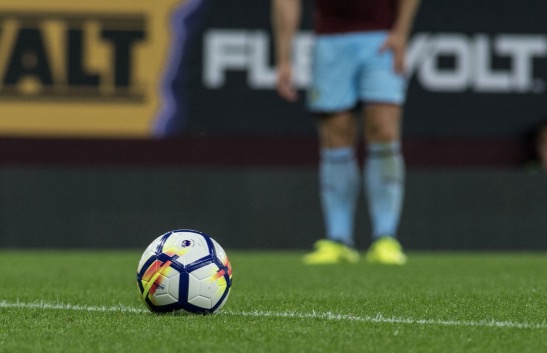 Manchester United’s loanee goalkeeper, Dean Henderson, has proved to be an exquisite asset for Sheffield—insomuch that he has an impeccable record compared to his United counterpart, David de Gea. With almost twice the number of clean sheets (9 vs 5) and a healthy 6% higher save percentage, Henderson is undoubtedly better this season, if raw numbers were the only source of statistics. In a similar context, the statistics go berserk if one considers minute details like high claims, Henderson beats de Gea with four times of the same!

Henderson’s unblemished form this season has ensured that Sheffield ranks higher than United this season—this has not only ensured his position as a possible replacement for the Spaniard, but has also propelled the idea of him being in a solidifying position when it comes to fulfilling national duties as well. Will the 22-year-old achieve such accolades in the years to come—only time will tell.

Despite making modest claims about Liverpool’s Robertson being the best full-back in the world, Chilwell is ingenious in his own terms. His defensive acumen and ability to play not only as a full-back, but also a potential wingback is paid dividend owing to his athleticism, speed, and of course, competence in the air. While there is some discourse about his abilities to play big games, there is not a speck of doubt regarding his defensive prowess in the great minds of Wagner or Shakespeare. Having an impressive 64% tackle success this season, expect this youngster to take the footballing world by storm in the seasons to come.

With his ability to control his defence line like managing his own business, VVD dominates the opposition attack, proving his mettle by the day—and proves why him being one of the most exorbitantly ‘priced’ defenders is still a considerable bargain. His ability to tag along with the opposition strikers makes their attacking ephemeral—an ability that is seldom seen in most leagues. His dexterity as a defensive captain—keeping his other defenders in check only adds to why he is possibly the most valuable footballer at this juncture.

Leading his pack of Wolves (pun intended), Conor Coady possibly fits into the perfect template of a conventional sweeper, to add to the fact that Coady possibly plays the deepest in the league, owing to Patricio’s inability to stray far from his line. Because he has two other centre backs on either side, his job to organise them becomes even more tedious by principle—and undoubtedly, he manages it rather gracefully.

It is impossible to forget the debacle Barcelona put themselves into in their previous encounter with Liverpool at Anfield, and a lot of that credit is for Arnold to claim.  With his picturesque passing and cagey crosses being truly captivating, Arnold is rightfully to be claimed as the best right-back that the Premier League (or the world of football?) has to offer. The 21-year-old with his tranquil nature and unflappable temperament has only tapped his potential to be held as the best in the world.

While there are football fanatics who are dubious about Henderson’s credibility, and rightfully so—he is possibly the most average captain in the history of football, there is no denying that Henderson has a limited repertoire when it comes to grand, technical (or intelligent) football. Ironically, this is exactly what he has used to his advantage. Being a player with limited skills, Henderson has successfully utilised the idea of playing within his limits to his advantage and might just be one of the best to lead The Reds.

There is an intricate relationship between the world of online betting and football, and Grealish seems to appease both spheres. When it comes to online betting, India, South Africa, and quite obviously, England, all rate Grealish as one of the top midfielders who will shape the future of English football. Seconded by Robbie Savage, Grealish seems to be too good for Aston Villa, and needs to make good career moves to propel himself up the ladder.

With such ferocious yet precise diagonal passes, de Bruyne is truly in a league of his own—possibly the absolute best the League has to offer. While he might appear to be irresolute and slow to the uninitiated eye, de Bruyne is deceptively agile and creative; what might appear to be him wanting to pass forth to the same uninitiated spectator, KDB is probably just going to swiftly score his next goal.

Even the least ardent football fans are well-acquainted with Mo Salah’s two exceptional seasons. Despite having an average season, there is no doubt regarding his soundness as a winger. He might have had a slow Premier League season this year but expect him to boost his performance exponentially in the months to come.

One should not be surprised by this list plaguing with Liverpool players, and Mané seems to be the archetype of wingers in the English League. Being nimble on his feet allows him to make those astounding dribbles and pulchritudinous tap-ins. Mané is rightfully hailed as one of the most creative and sterling players (pun intended?) in the EPL to say the least, and for obvious reasons.

Striking 17 times in the last 24 appearances, Jamie Vardy has indeed gone unnoticed in the past half a decade and is rightly getting into limelight. With well over 60% in terms of shooting accuracy, Vardy is famous (or infamous) for his shots that spit fire. To add to his incredible striking abilities, vehemence and agility makes him our striker in this season’s Premier League Team of the season.