Hrithik Roshan’s Kaabil Teaser Trailer: Superstar Hrithik Roshan’s upcoming movie Kaabil Teaser launched today at 11 AM. The film ‘Kaabil’ is directed by Sanjay Gupta and Produced by Hrithik’s father, Actor-Director-Producer Rakesh Roshan. The movie stars Krrish Actor Hrithik and Yami Gautam in lead role. The movie is in the buzz because of the clash with Shah Rukh Khan starrer Raess. 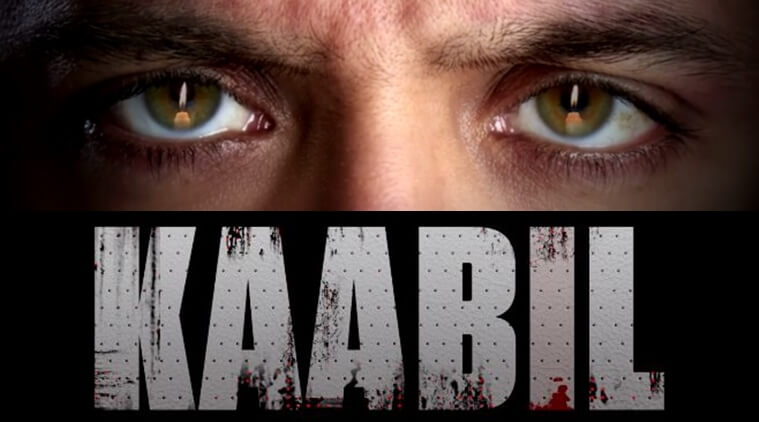 Sanjay Gupta directional Kaabil has played by the Hrithik Roshan as the male lead and Yami Gautam as the female lead. Vijay Mishra’s screenplay film has produced by the Rakesh Roshan. Rajesh Rohan is the music composer of the film and the Sudeep Chatterjee is the cinematographer of the film. The film has produced under the banner of Filmkraft productions Pvt. Ltd and distributed by the same company. The Kaabil film will hit the big screen on the next year of January.

The audio-visual video will be released digitally today. Teasers, Posters, and Motion Posters will be following the audio-visual release daily till October 26. On October 26, the full-length trailer will be launched.

Kaabil is directed by Sanjay Gupta and will release on January 26, 2017. The film is the story of a man who lived his life in darkness until a tragedy fuels the flames of vengeance.

Buzz: Kaabil movie to clash with King Khan Starrer Raess. If the conflict happens, this would be the biggest clash in the Bollywood.

Stay tuned with WORLDHAB and get the latest Bollywood Teasers and hot news!