Huawei just introduced Huawei Matebook 2-in-1 Tablet PC. We have all heard the name, Huawei – world’s third largest mobile phone selling and manufacturing company. This company recently announced their innovative project of the quickest battery charger in this world at 56th Battery symposium and makes a trend as Huawei 2015. And now, Huawei introduced its first Windows 10 tablet PC on Sunday (Feb 22, 2016) at Mobile World Congress in Barcelona. The company named the thin tablet PC as Huawei MateBook. It is thinner than Microsoft’s Surface Pro 4. It is a 2-in-1 type of tablet PC with Windows 10 Operating System. It is almost equal to the iPhone 6 on its thickness. Yes, the thickness of this MateBook is 6.9 mm; iPhone 6 is also the same thickness.

Apple, Microsoft, Samsung, and Lenovo are all introduced their Tablet PC’s already. Now, Huawei also joined in this crowd.

The 12- Inch (30.5cm) Matebook with a 2160 x 1440 pixel resolution with 5MP front-facing camera and clipped into a keyboard case. The keyboard case is available on the color of brown and black with PU leather also, it was available in other colors. Samsung’s Galaxy Tab S Pro is thinner than Huawei MateBook but in weight, MateBook is lesser than the Tab S Pro. The thickness of the Samsung’s Galaxy Tab S Pro was 6.3mm and the weight is 693 grams.

Also, it almost looks as an iPad with Huawei’s logo on back side, because of the thickness and the special heat dissipation technology was used to created fanless tablet PC.

The company gave the power to the customer to choose the option on the processor such as Intel M3, M5 or M7 and not with Core i5 or i7; it looks some sort of disadvantage. This 2 in 1 MateBook have several steps to unlock because it has embedded the 360-degree fingerprint sensor into its side. This Matebook is sold alongside the MateDock adapter like Dell’s CES UltraBook and Digital MatePen. You can also choose the option about the RAM either 4GB or 8GB and 128GB, up to 512GB storage.

Dock and Stylus of Huawei MateBook

The users will need to carry the adapter, MateDock which includes 2 USB ports, one USB Type-C port, External display connections (VGA display port, HDMI port) and Ethernet port. On the tablet, have a built-in SD card slot. The Digital MatePen was designed for various purposes such as for great handwriting or drawing. And it includes the laser pointer at the back end of its nib. It has 2,048 levels of pressure sensitive.  This MatePen works for 100 hours with the 1 hour of charging. So, you can carry this with yours. Especially for the artists and designers, it makes user-friendly. Also, there is a programmable button for erasing your notes. You need to change the brush for wide strokes.

The keyboard of this tablet PC was manufactured with aluminum body, 5 pogo pins are used to connect the keyboard case with Tablet. The QWERTY keyboard keys are looks large and wide, which make the user for accurate typing but, the keyboard keys don't make the feel as good. It flexes sometimes when you type with any pressure.

The price of this Tablet PC is the major drawback when to compare to the famous brands such as Apple, Microsoft, and Samsung in all over the world. 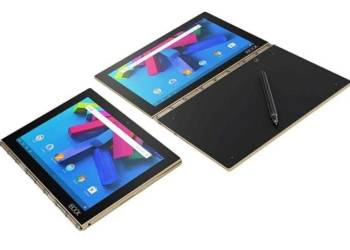 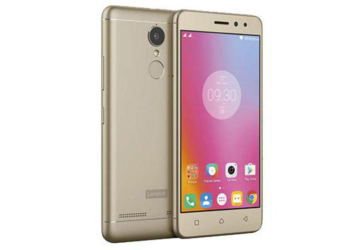