Hurricane Matthew Cyclone in Florida: The dangerous Category Four storm attacks the Bahamas, Florida Costal region, Southeast Georgia, and Eastern Carolinas in the southeasternmost of the United States. The cyclone formed in the Atlantic Ocean and crossing in the coastal region of Florida. 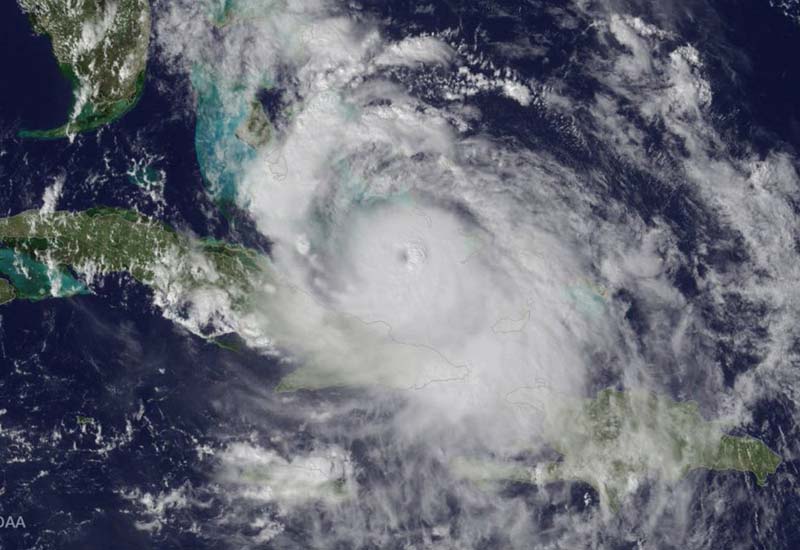 Due to Hurricane Matthew, most of the people are affected in the region of Cuba, Port-au-Prince, Haiti, Baracoa, Cuba, and more places.

This Cyclone covers the locations such as Bahamas, Miami, Jacksonville, Charleston, and Wilmington. The surrounding locations are also affected due to this heavy cyclone. Expecting heavy rain, high surf, coastal flooding on all the surrounding areas.

The Eastern Carolinas will face this storm during the days of Friday to Saturday. Whereas, Southeast Georgia also in this slot that the location also in the Matthew path.

According to the Surge Forcast: The height of the water could reach as following data, The region from Florida to the Savannah River has recorded as 6 to 9 feet above from the ground level.

So, the Government issued a warning to avoid the beach for these few days. Bahamas, and Miami are alloted as the Major Hurricane region. In this region, people faces the wind speed as greater than the 177km/h. 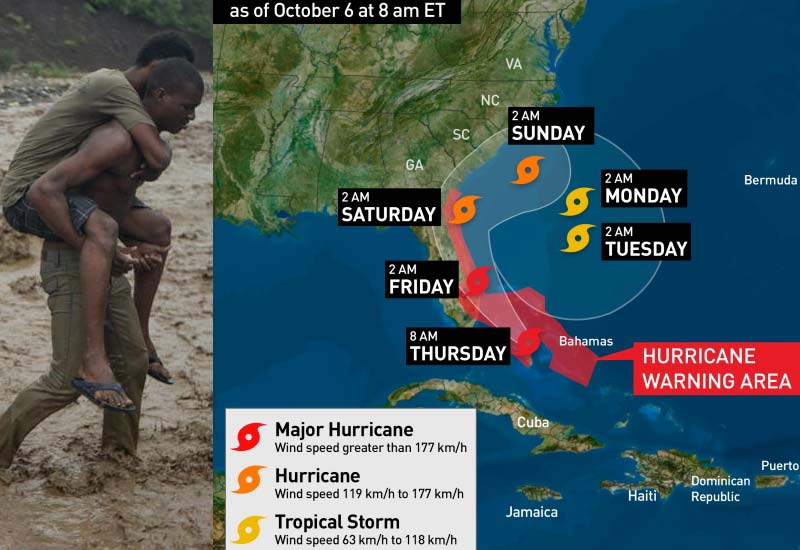 More than 2.5 million people were living in the Florida, Georgia and South Carolina. The U.S. National Hurricane Center in Miami has reported about the Hurricane Matthew at 11 a.m. ET as packing sustained winds of 225 km/h. Its centre was about 250 kilometres south-east of Miami, headed for the coast at 19 km/h.

According to the report, the Matthews killed nearly 26 people in the region of Haiti, Cuba and the Bahamas. The above picture (left side) has taken from the region of south-west Haiti. Maximum of the places were highly affected due to this storm and heavy wind flow.

The Fort Lauderdale International Airport has closed on the morning of 10:30 AM ET. Also, the warning issued to the other nearest airports of Miami, Palm Beach, Orlando and Jacksonville.

Also, the Walt Disney World cancelled a special Halloween-themed event due to this sudden Strom across the Florida.