Barmer: The trainer MiG 21 aircraft crashes in Rajasthan at Barmer district Today on Saturday, September 10, 2016. There has no life loss, as per the report. 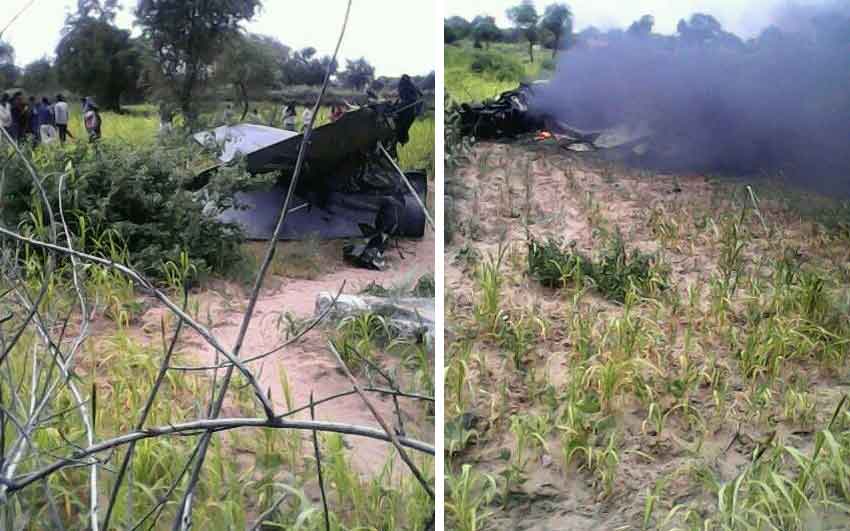 The fighter aircraft of Indian Air Force, a MiG 21 T-69 trainer aircraft crashed in Rajasthan state at nearest place of Barmer district. The aircraft had taken off from Utterlai. But, there are no issues about the loss of life for both pilots. They both ejected safely from that aircraft. Also, there were no major damages to the property.

A defence spokesperson said that, “The aircraft crashed near Uttarlai airforce station in Barmer.”

The Superintendent of police, Barmer, Gagandeep Singla says, “The plane crashed at an open field near Malio ki Dhani, about 20km from the city. There is no information of any loss of life or property so far.”