There is a question in some of your mind as how to watch ICC T20 World Cup 2016 Live Streaming on online? Here we share some of the information regarding World Cup 2016 Live Streaming Online Websites and Channels, who Broadcast the games. There are few modern official online websites that are providing the live cricket streaming legally and also there are some unofficial online live streaming websites also providing live cricket on screens. Here we listed some Live Streaming Online websites with their links. 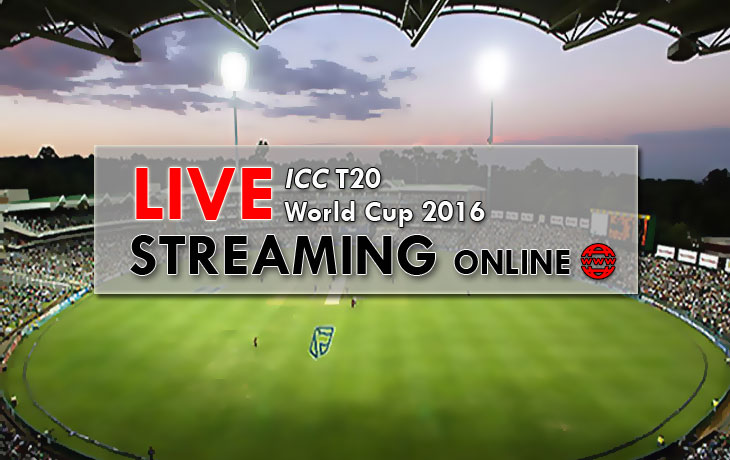 The ICC T20 World Cup 2016 is the sixth edition, and the nation, India host all the matches. The First Match of Super 10 will begin at the Vidarbha Cricket Association Stadium, Nagpur on March 15, 2016. Whereas, the host nation India going to face New Zealand. The update of Super 10, after the qualifier matches.

Sky Sports: The company Sky plc broadcast all the sports by using their channels such as Sky Sports 1, 2, 3, 4 and 5. The mainland for this television network is the UK. This company has all the rights to telecast the ICC World T20 India 2016 in Television, internet and mobile. The Sky Sports 2 and Sky Sports 2HD is broadcasting all the matches as Live.

For the Mobile users, the company allows you to download their App called, Sky GO. This app is available on the both Android and iOS operating systems. There is a separate Apps for iPhone and iPad.

For the PC and laptop users, you can watch all the ICC T20 World Cup 2016 matches by their website called www.skysports.com. But you need to login by using your user ID. If you are the first user mean, create your Sky iD here to watch live Cricket.

Star Sports: It is a television network for telecast all the sports in India and South East Asia nations by using their Eight channel properties as Star Sports 1 to 4 on SDTV and HDTV formats. And also, the company have a Ultra-high-definition television channel called Star Sports 4K.

The ICC T20 World Cup 2016 matches are broadcasting on Star Sports 2 in English and Star Sport 4 in Hindi and also on their respective HD channels.

For the Mobile and Tablet users, the Star India network provides their special App for live streaming of ICC T20 World Cup 2016 called Star Sports: Live Scores and Streaming for Cricket and other sports for iOS users, Star Sports Live Cricket Score for Android users and starsports.com app for Windows users. You can download the app from here itself by clicking bellow respective buttons.

For the PC and Laptop users, you can watch all the ICC T20 World Cup 2016 matches by their website called www.startsports.com.

Some Sports Channels broadcast only their country games. Here we listed all that channels name, which broadcasting ICC T20 World Cup 2016 matches with the country name.

Channel 9 broadcasting only Australia matches in Australia for free of cast.

Fox Stars broadcasting all the matches in Australia as Paid service.

Ariana TV Network broadcasting all the matches in Afghanistan.

BTV broadcasting only Bangladesh matches in Bangladesh for free of cast.

DD National broadcasting only India matches in India for free of cast.

Sky Sports NZ broadcasting all the matches in New Zealand as Paid service.

ITV 1 & 4 broadcasting highlights of the match in the United Kingdom.

Willow TV broadcasting all the matches in the USA with $14.99 monthly subscription.

PTV Sports broadcasting only the Pakistan Matches in Pakistan for free of cast.

SuperSports broadcasting all the matches in South Africa as Paid service.

You can also watch live streaming cricket from Hot Star Application from your Android mobile.

Read about How to Watch Live Streaming Cricket Match Online