By using the above words on google Search bar, you will get the June Gay Pride Banner at the top of the search bar in desktop and mobile search results.

Twitter, also introduced new emoji for this month along with the hashtags of #Pride2016 #LoveWins #LoveIsLove 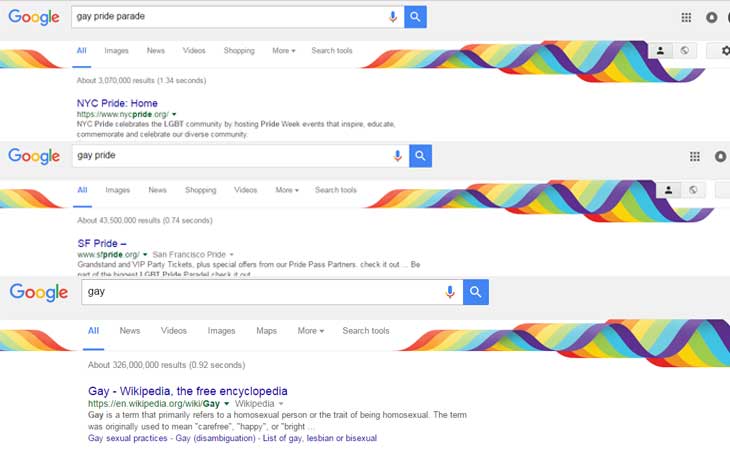 In 2015, 2014, 2013 and soo… Google updated their Search Bar for this June Month. Here we provided the some previous year screenshots of June Gay Pride Month.

Watch: When Chile’s National Anthem was played for Uruguay at CA 2016