India Cricket team celebrates Independence day at Kandy, Sri Lanka. The team led by the captain Virat kohli who unfurled the tricolour flag on the 71st Independence day of India. Also the head coach of the team Ravi Shastri and others in the India team also there when Kohli hoisted the India national flag. The India national anthem has sung after the captain of the team hoisted the flag.

The Board of Control for Cricket in India (BCCI) has been shared the video on its official website and also share it on official social media. In that, the board mentioned “#TeamIndia gathered at Kandy to hoist the tricolour on the occasion of Independence Day #IndependenceDayIndia” 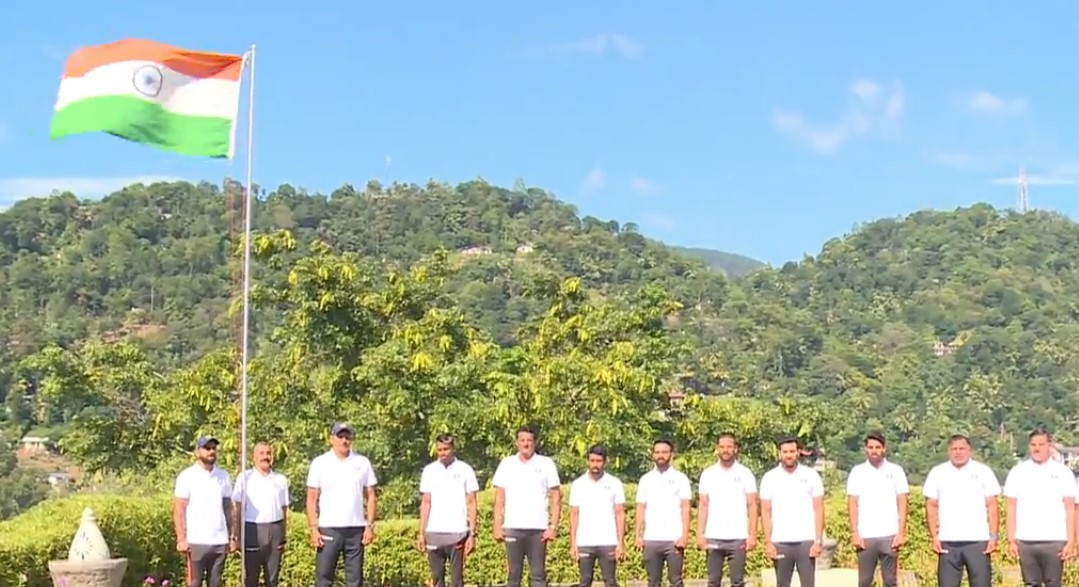 The image which provided is the screenshot of the official video by BCCI.

India Cricket team celebrates the Independence day after their win in the third test against Sri Lanka. India won their 3rd test by an innings and 171 runs. The team India performed well against Sri Lanka. Also, the captain of India cricket team expressed his happiness after the winning match. He stated about their overall performance and also he felt happy and nice to have their powerful win over the host country.

Kohli after three test matches against SL: The regulars have performed, but the biggest positive would be Hardik’s inclusion and the way he shaped up in these three Test matches. The kind of confidence he showed the with the ball and the maturity with the bat, it really gives us a lot of boost and the balance. The usual suspects are always there and thereabouts. We are a young side, we look forward to play Test cricket, we look forward to play every single Test match with the same kind of excitement and that is the only way you can be ruthless.

India won the test series against Sri Lanka. The team India won two matches by an innings with 52 runs and 171 runs respectively. India will face Sri Lanka in the first One Day International out of five on August 20th Sunday. Venue of the first ODI between IND vs SL at Rangiri Dambulla International Stadium, Dambulla. Hope India continues the same on all upcoming matches.