India Team without Full-Time Coach to Zimbabwe Trip: The BCCI’s Cricket Advisory Committee member, Sourav Ganguly says on this Sunday (22 May 2016), it will take another couple of months to find a suitable candidate for the high profile position.

Related: Read the Reason Behind on Kohli’s Jersy Number 18

Ganguly said, “It will happen in the next couple of months. I am not too sure if it happens before the Zimbabwe tour because it is not too far away.” It means the Indian team will be travel to the Zimbabwe trip without a full-time coach being June 11.

We all known about that the BCCIs Cricket Advisory Committee members names who all from the formal Indian Cricket team; Sourav Ganguly, Sachin Tendulkar and VVS Laxman.

The World Cup T20 Indian team was guided by the team director Ravi Shastri. He will continue his job until before the West Indies four-match test series in the July-August.

Is it a crown of thorns at the moment? “I don’t think so,” said Ganguly.

“Every job comes with challenges. I don’t think it is a crown of thorns, whether you open in a Test match against the best fast bowling attack in the world or you are the BCCI president or the association president. Every job comes with challenges. I think BCCI is in a great position in terms of the way the game goes around in the country. I am sure he will take the team forward.”

He added”We will have to wait and see what comes out with the judgement. Hopefully, the board can find a way to carry the good work done for such a long time. Whatever happens (judgement) we will have to deal with it. The board is in good hands, the players (both international and first class) are looked after well and you have a big tournament like the IPL. Every job in the world has positives and negatives.” 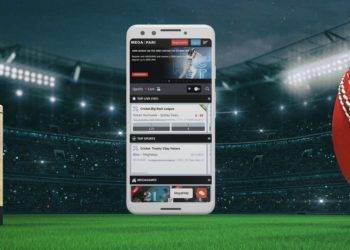