After winning three consecutive One-day international matches against to Australia, the host nation to play again in the fourth ODI on Wednesday. In the past three matches, India played in all three categories as best and they would like to continue the same on upcoming two matches. The captain Virat Kohli might be come up with the new lineups to win the 4th ODI match. The opener of Australia David Warner’s 100th ODI is this since 2009 in this 50-over format. This is one of the special things about them and they should win on remaining two matches to keep a decent record.

This is also a little important match for India even they won 5-match ODI series. India is one of the cricket team which didn’t have 10 consecutive one-day internationals wins so far as like the Bangladesh and Zimbabwe. While other national teams are all having this record; New Zealand (1), England (1), Pakistan (2), West Indies (2), Sri Lanka (2), South Africa (5), and Australia (6). Check the complete details here about Most Consecutive wins.

It is the time for India to accomplish a 10-game winning streak in this format cricket. Because they have won their last nine ODI matches. India started winning their ODI matches from the game to Windies in July. But, the Aussie started losing their one-day international games from the end of January 2017. So, the team lost their 11 ODI away matches so far. If they lost their upcoming two matches, then it will be India’s second consecutive whitewash series. 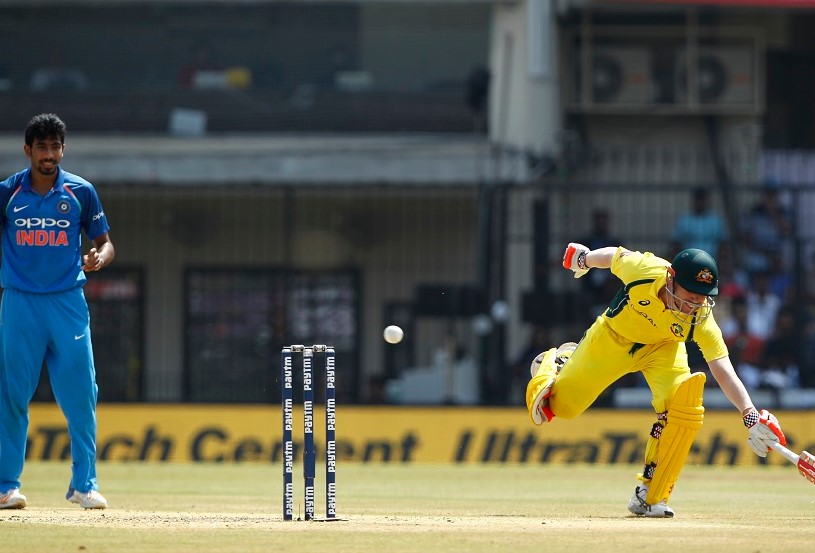 India vs Australia Live Steaming 4th ODI: Star Sports and Hotstar are the official TV and digital online live streaming provider in the host country, India. Fox Sports and Foxtel are having the rights to broadcasting live TV and online in Australia officially. If you are living in the United Kingdom, then watch Sky Sports Cricket to know live updates of this 4th ODI match. In the USA, they have Willow TV to watch IND vs AUS live cricket.

According to the study of Virat Kohli, he scored 739 ODI runs from 739 balls in 2016. Like the same, he scored 1137 runs from 1137 balls in 2017 precisely. But, the venue of today’s match is not favorable for Kohli that he never reached even a half-century in this ground. His average run-rate in M Chinnaswamy Stadium is 10.50 in four ODIs.

Instant of Ashton Agar (Injury), Adam Zampa might be played. James Faulkner’s presence is expected in this match for Pat Cummins, who will be rested.