Team India under Virat Kohli’s captaincy would like to continue the same strategy to win the next two games against Australia. Currently, India is doing well with their outstanding cricket to Aussies and lead the series as 3-0 so far. The fourth ODI match has scheduled in Bengaluru on 28th September 2017 (Thursday). The visitors should win the remaining two games to save their pride in the foreign land. Also, it looks good to see the result as 3-2 which won’t disappoint both the teams. If they lose their next two, then it will be the another complete series win for the Indian cricket team after a huge win against Sri Lanka.

At the same time, the men in blue captain may give a chance to the players who were all on the bench during previous matches like Umesh Yadav, KL Rahul, and Mohammed Shami. In past three games, the bowlers of Team India played a vital role and outplayed the whole Aussie team. Chahal (6), Kuldeep Yadav (7), Pandya (5), Bumrah (3), and Bhuwaneshwar Kumar (4) had 25 wickets in last three ODI against Australia. The skipper Virat Kohli might have some ideas on new lineups for next two matches. 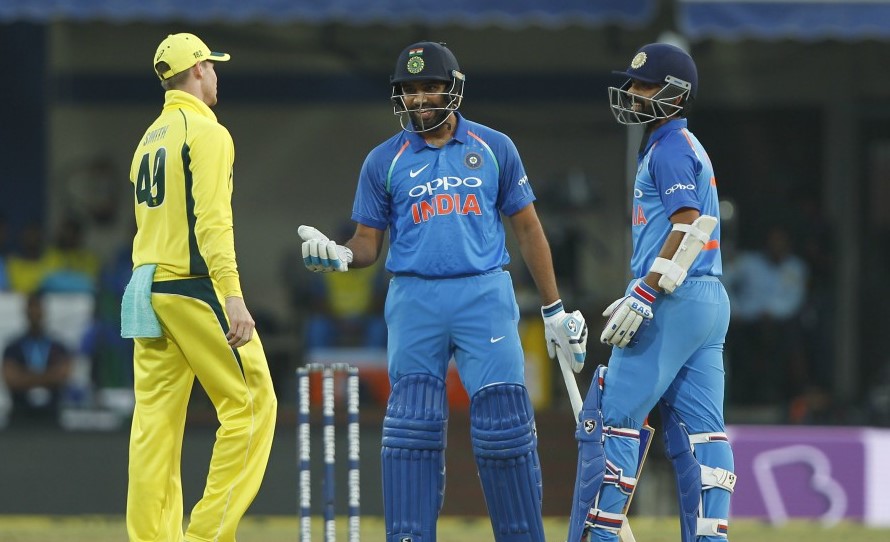 Australia should change their batting lineup to get further better results on coming matches. They still stuck with scoring some big runs and the shots. In the first ODI, they lost seven wickets with single digits, and then it was six single-digit scores in the second match and four single numbers in the 3rd match. It looks good to see that the visitors have improvement from the first match. If Finch failed to show his fireworks in the second match, the Australian team would have an even worst situation by now.

Pitch report: There are chances of rain in Bengaluru on the match day. The ground is always favor for the batsmen because of the small boundaries size.

India vs Australia live cricket score with ball by ball text commentary updates can be followed on ESPNcricInfo.