After whitewashing England, it is time for India to taken on the world’s best team Australia which is a battle for the best of the best in the test cricket. Earlier today, before the start of the series, Indian skipper Virat Kohli warned Indian batsmen about Mitchell Starc’s reverse swings. Interestingly, M Starc played under V Kohli for Royal Challengers Bangalore in IPL T20 League and there is no doubt, Starc is going to be a trump card of Australian bowling attack. The first test of India vs Australia will kick-start at 9:30 AM on 23rd February. Ind vs Aus 1st test cricket venue is Maharashtra Cricket Association Stadium, Pune.

India lost its home test match last time at 2012 against England. After MS Dhoni’s retirement, it is in the safe hand of Virat Kohli with unbeatable 19 test winning streak. In the recent test series, India crushed New Zealand and England in the home soil under Kohli’s excellent captaincy and double centuries.

On the other hand, Australia came playing this series after a big loss against South Africa at their home soil. But Steven Smith guys are confident and strong enough to face Indian spinners this time. Even Smith mentioned in a press conference that they are ready for word battles in the field if the situation needs and they can do anything to win against India. 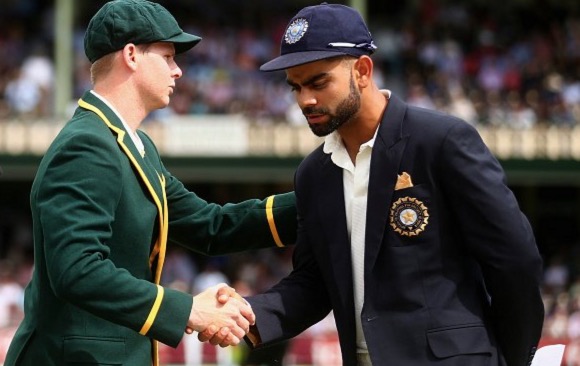 Team Australia won the Toss against India at Pune Test and Chose to Bat first. 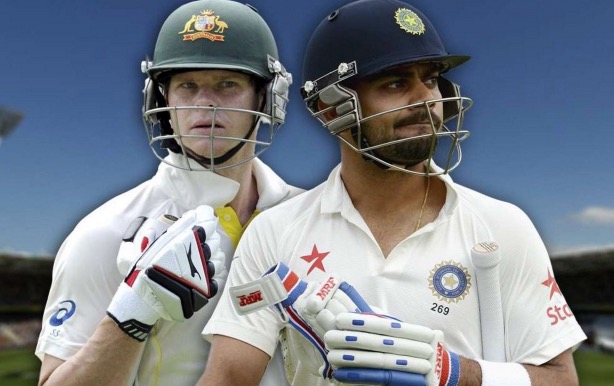 Follow India vs England Live Score updates at ESPNcricInfo. Alternatively, you can follow up live updates of Ind vs Aus 1st test match in the below Twitter updates.

Who will win the 1st Test match between India and Australia? Stay tuned for the live score of Pune test, match result and winners.