Update: Bangladesh won the toss and Chose to BOWL

Man of the Match: Ravichandran Ashwin 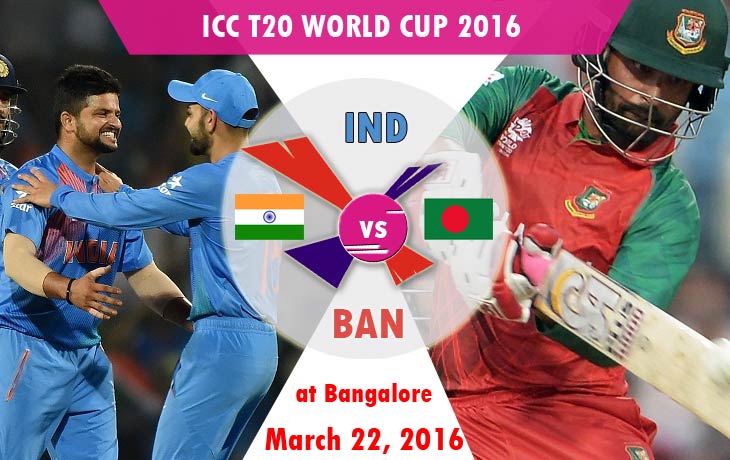 After a loss aginst with NewZealand, India picks the Victory by the Virat Kholi’s perfect hits towards the stadium as a master with Pakistan. We know about Bangladesh pacer, Taskin loss due to the bowling offense against with the ICC rights. India needs their winning to see the semi-final as well as now, Virat Kohli is a vital key player of the team. But, also, India need to improve with other batsmen such as Shikhar Dhawan and Suresh Rain.

On Bowling, Ashish Nehra, Jasprit Bumrah, Ravindra Jadeja and Ashwin did their jobs well on last and recent matches. Bangladesh’s middle battings such as Sabbir Rahman, Mahmudullah, and Shakib Al Hasan are all played as much as good for their team. The team lost their lost two Super 10 matches against with Pakistan and Australia.