India vs England 5th Test: Both of the team has landed to the Chennai for their next and last game. After this game, the England players will return to their homelands for the Christmas celebration. Then they will back to the India for their three One Day International matches against the team India. Due to the Cyclone Vardah, there is no network and Wi-Fi in Chennai today on December 14. The BCCI official twitter page has posted the image that shows the Indian Cricket players were playing FIFA in their room. Also, the page has updated the look of MA Chidambaram Stadium. Check the Images here below. 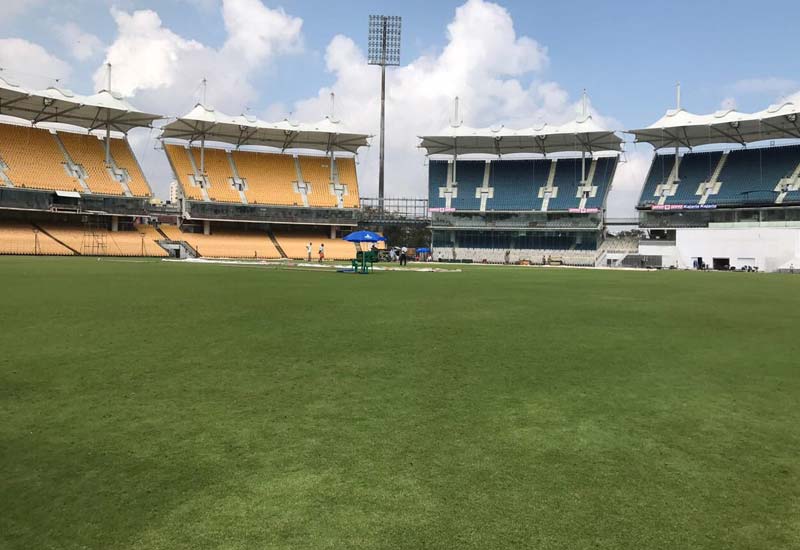 The team India had the same squad of third and fourth test match against England. Now, it continues with the fifth test match. The opponent of India, the team England had the same team squad for all the five matches.

The match will start as per the schedule from Friday to Tuesday, December 16 to December 20. The fifth and the final test match between India and England will conduct at the Indian spin bowler Ravichandran Ashwin’s home ground, Chennai. MA Chidambaram Stadium is the Venue of the 5th test. As like the previous games, the match will start at 9.30am IST, 4am GMT, 11pm (previous day) ET.

Ravichandran Ashwin, Lokesh Rahul, Virat Kohli, Cheteshwar Pujara, and Karun Nair are playing FIFA game due to the issues with network and internet at Chennai.

The Indian Cricket fans and the people can watch the fifth IND vs ENG test cricket on following TV channels. Star Sports 1, Star Sports 3, Star Sports HD1 and Star Sports HD3 are the lists, which broadcasting the Live match. People can also watch this match on Hotstar Live Streaming.

The United Kingdom (UK) cricket fans can switch on the Sports TV channel of Sky Sports 2. Also, the online live streaming is providing by the Sky Sports on the following list. Watch Sky Sports and Sky Go are the official UK sports website to watch the fifth test cricket of England vs India.

Sky Sports is the official broadcast channel for the people of New Zealand. Fans can watch this match on live streaming online with the help of Sky Go NZ.