India V England 3rd T20 match is ongoing at the Bangalore tonight. Match will kick-start at 7 PM. England won the toss against India on 3rd T20 match and chose to Bowl first. Rahul and Kohli again sets to open innings for India. Manish Pandey was replaced by R Pant in the playing 11 squad for India.

Kohli fall for 2 runs, run out by Chris Jordan and KL Rahul bowled for 22 by Ben Stokes. Suresh Raina and MS Dhoni are on the field when team score is 68/2 from 8 overs. Suresh Raina is nearing his half century and hopefully it will be a good comeback match for him in this series. It is important match for both the teams as winner will be the series winner as 1st T20 won by England and second T20 won by India. 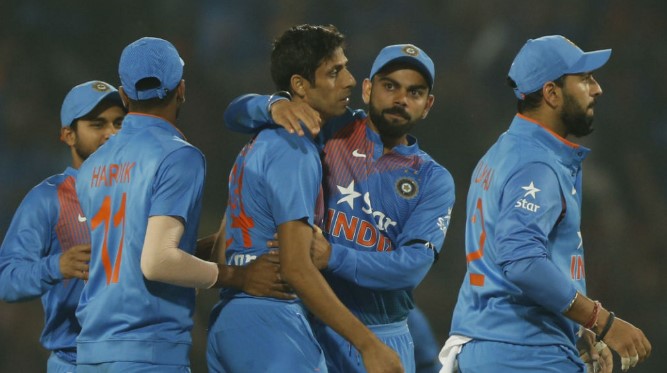 Stay tuned for India vs England match live score updates and results. The winner of today’s match will clinch the trophy.