The Board of Control for Cricket in India (BCCI) has announced the India team squad for the first two test matches against England today afternoon on November 2, 2016. The Official Twitter of BCCI has announced with the image of India squad. The India team won the series against New Zealand as 3-0 recently under the captainship of Virat Kohli. The Chairman MSK Prasad handed today’s meeting and announced the India Squad after the things to consider for the upcoming matches. The India vs England Test series will begin from November 19, 2016, and ends on December 20, 2016. 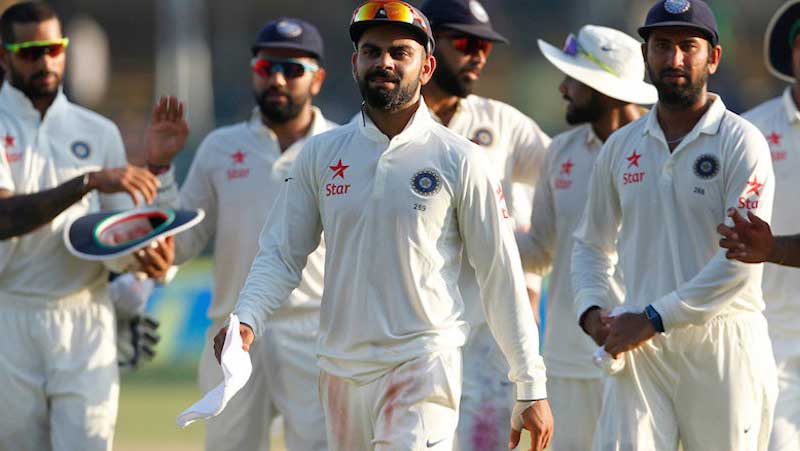 After 30 years, India will play the five test rubber at its home against England after the easy defeats against New Zealand three test series. Lastly, the India was played against Pakistan in 1987. The last test of that series had remarkable records by the Sunil Gavaskar’s 98 runs.

The First three test matches will be held at three different locations such as Rajkot, Visakhapatnam, and Mohali. The First test match against England will begin from November 9 to November 13 at Saurashtra Cricket Association Stadium, Rajkot.

The England’s Tour of India had five test match series, three ODI series, and three T20I series. Check the India and England Test squad here below. The India squad is only for the first two test matches. It may vary for the upcoming matches or also, the team may play with the same squad after the first two matches.

The England team will reach their home after the fifth Test match at Chennai for the Christmas and then, they will back to India foOne-Day One Day International series. The Three ODI matches will be scheduled for following venues and dates.

Stay Tuned on this Space for more latest News of India vs England Test series and Updates of England’s tour of India 2016-17.