India vs England Women’s World Cup 2017 is set to begin on this weekend Sunday, 23 July. The final Women’s World Cup Cricket will be held at The Lord’s, London. Mithali Raj is one of the important stars of current women’s Indian Cricket team. She is in her 18th year on Cricket professional who also had experience in the four World Cup. But, she had a chance now to win her dream in this ICC Women’s World Cup. While Jhulan Goswami is in another hand as a fantastic wicket taker. Both of them having a title as leading run-scorer and leading wicket-taker of Women’s ODI.

Whereas, the Women in Blue will face their final match of this World Cup against the host England. So, the venue will look with the maximum heads of the United Kingdom. At the another side, India having huge fans only for the Men’s cricket than Women. Though, the God of Cricket is spreading the love over all sports persons around the world, especially for Indian games. 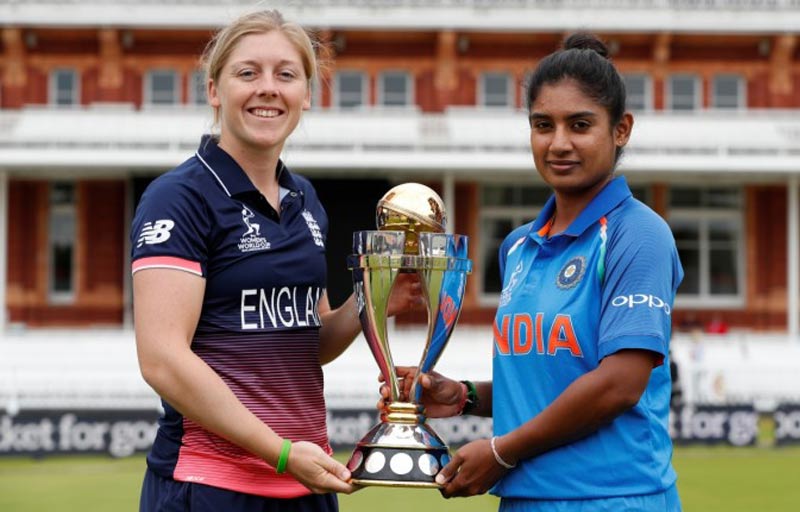 However, the maturity level of India in sports is becoming bigger due to the girls of India Cricket in this tournament and also on others. The brilliance of blue women in this World Cup had made big headlines and they have the qualification to make an ever big title as a revolution in India women’s cricket. They all just waiting for the winning moment as first as like the moment which brought in 1983 by Kapil Dev. The women’s in blue had a big victory already in the semi final by winning the defending champions, those who had six World Cup early.

Now, the Women’s India Cricket team will face those who had three Cup already in their hands. This is the second match between these two team while the England lost their first game in this tournament. But, they strongly bounced back and made a winning track on next seven. England vs South Africa Semi-finals had a big scenario in the sense of the game they both played.

India vs England Women’s World Cup 2017 final will be broadcasted on Star Sports 1/HD for India and surrounding countries. Sky Sports is the official channel in England. Channel Nine and Fox Sports are the Australia Sports channels which have rights to show the live streaming on TV.