India vs New Zealand Live ODI: The Third One Day International match between India and New Zealand will be held at Punjab Cricket Association Stadium, Mohali Today on Sunday (October 23, 2016). The first match has ended with India’s winning status. But, the last ODI had the result as New Zeland won by 6 runs. The team India lost their all wickets in the second ODI of New Zealand tour of India series. Today’s team India may be with the same playing XI of the last match. Check the complete details about today’s match with India vs New Zealand Live Streaming here. 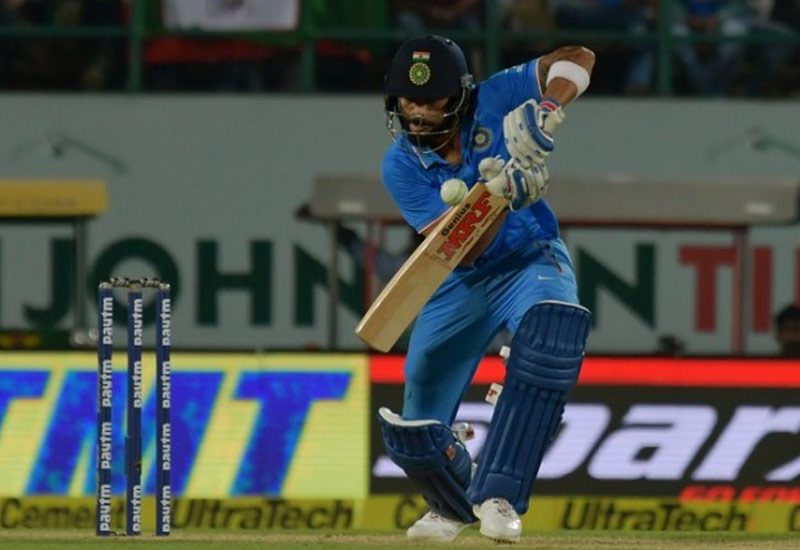 The Third ODI match between India vs New Zealand is scheduled today at 01:30 PM local time. It is 09:00 PM in New Zealand. Get the guideline to watch IND vs NZ match on live streaming online and TV here below.

Again, India team may play today’s match without Suresh Raina. So, it is another opportunity for the middle line up such as Manish Pandey, Axar Patel. They need some great individual score to play the last two games of the Five Match ODI series. The opening batsman of India Ajinkya Rahane and Rohit Sharma has spent totally 33 dot balls in the Delhi game on three days ago. The team had a strength in bowling but, concentration is required on batting improvement. As of now, the 5 ODI series had the status of 1-1 with each win.

The New Zealand team will also play with its same playing XI of the previous game. Martin Guptill, Ross Taylor may appear together in this match or also may not. Also, there is a chance for Anton Devcich to play this match instead of Jimmy Neesham. Anton Devcich had a good past in the Delhi pitch, but the Mohali may not fit for his bowling nature. The team also had the bad history in Delhi even though their wins. The team lost only four wickets when the score at 204 but, at the end of the game, it is 242 for 9 wickets. The team lost five wickets over eight overs in New Delhi. So, they need to concentrate on their middle lineup and also on patients.

Star Sports network is the brand partner to broadcast live streaming on Television and online for India and its surrounding countries. Star Sports 1 (HD1) and Star Sports 3 (HD3) will ready to broadcast the match today on October 23, 2016. Hotstar is the website as well as the smartphone app to watch Live cricket match.

Willow TV will be there for the USA and Canada Cricket fans to watch today’s third ODI match of Ind vs NZ. Also, stay with Willow TV YouTube.