The India vs New Zealand Second Test Match will begin from 30th September 2016 to 4th October 2016. The First Test match has won by the blue team, India by 197 runs. The Player of the match has received by Ravindra Jadeja. Whereas, he took 6 wickets and scored 92 runs in the both innings. Ravichandran Ashwin took 10 wickets totally and he scored 40 runs in the first innings. He didn’t get the chance to play the second innings. By his 10 wickets, he got the World’s second place who reached the 200 Test wickets in short period of matches. The India’s second innings batting line-up is different from the first innings.

Let’s check the latest team news for the second match along with the team playing XI. Player injuries, Alternative new players, venue pitch conditions are covered in this article. 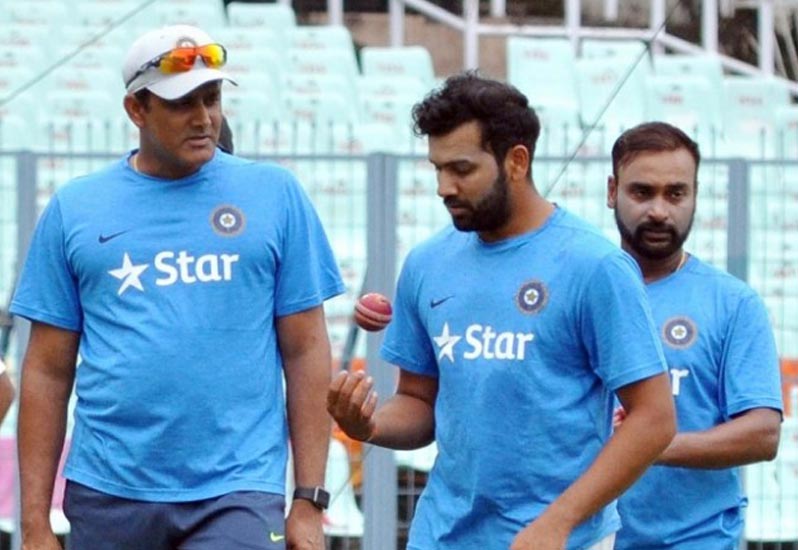 Mike Hesson, the head coach of New Zealand confirmed about the James Neesham’s rib injury, and he will not play this second match. Early, the team announced that he would play from second test match but not in first. Neesham is failed to recover from the injury on time. So, the New Zeland team will play without this All-rounder. Also, Mark Craig is not there in this series.

In India team, the opener of the first test, KL Rahul will not play in this second test at Eden Garden Tomorrow, September 30. He injured in his first match, the team India need to choose the opener from these two name as Shikhar Dhawan and Gautam Gambhir. Ravichandran Ashwin is also suffering from his finger injury. So, the India team need additional bowling power for this match.

The ground is not fully suitable for the spinners as like the Kanpur. So, both of the team is now on the discussion about the batting line-up and also on bowling strength. Whereas, India had 6 batsmen in the first test. Here for the second match, they need to improve the batting or need to the improve the bowling strength. The Kolkata Eden Garden is a moisture pitch. Rohit is one of the powerful players in this ground. He had more fine records in this ground.