Looking for India vs NewZealand Live Score and Live Streaming Online? Then you are at right place. Both professional teams will be going to clash each other on March 15, 2016, at Vidarbha Cricket Association Stadium, Nagpur. Whereas very few of New Zealand players played T20 games against with India, it is a major key for this first Super 10 match.

Update: NewZealand won the toss and chose to bat

Man of the Match: Mitchell Santner 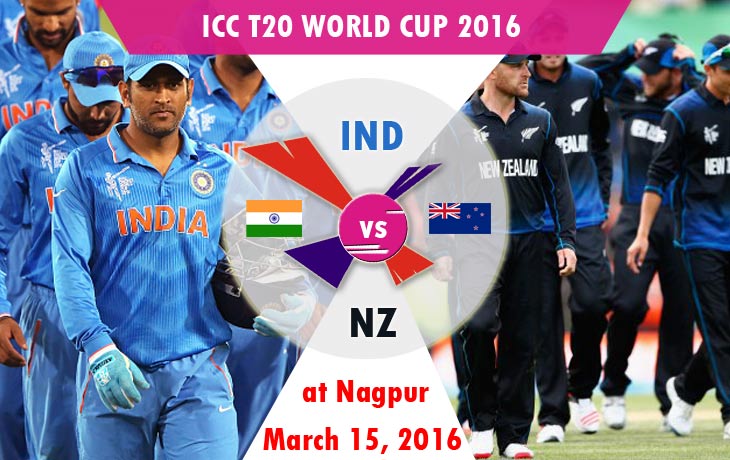 In India, from the top order to middle line-up’s looks like a very active zone. So only the team won 10 T20Is out of 11 matches from the beginning of this year 2016. There is a change in the team, India. Mohammed Shami added in the team squad; he was not played in previous serious of Asia Cup.

In New Zealand, the team have played the T20Is on only one time on Indian ground; they won that match by one run. The most senior player, Ross Taylor is recovery from injury and he is coming back to play this ICC T20 World Cup 2016. We all know about the batting power of Martin Guptill, who hits 237 runs in the World Cup. Were, it is the highest world cup score as of now. Also, he scored fastest fifty in T20Is by 19 balls.

Virat Kohli talks:  “They have not paid that much attention to who is in the opposition, who I am bowling to or batting against. They have backed their skills, which they also do in the IPL, and that has been an X-factor for our team in the last few series.”