Chris Ballard is the next and new general manager for the Indianapolis Colts football team. The team announced that they have hired their new GM as Chris Ballard on January 29, Sunday evening. However, he served previously as the director of football operations in Kansas City.

Since Ballard joined the Chiefs in 2013, Kansas City has been one of the AFC’s most consistent teams. Ballard was hired as the Kansas City’s director of player personnel back in 2013. Then, he promoted as the director of football operations for later two years. 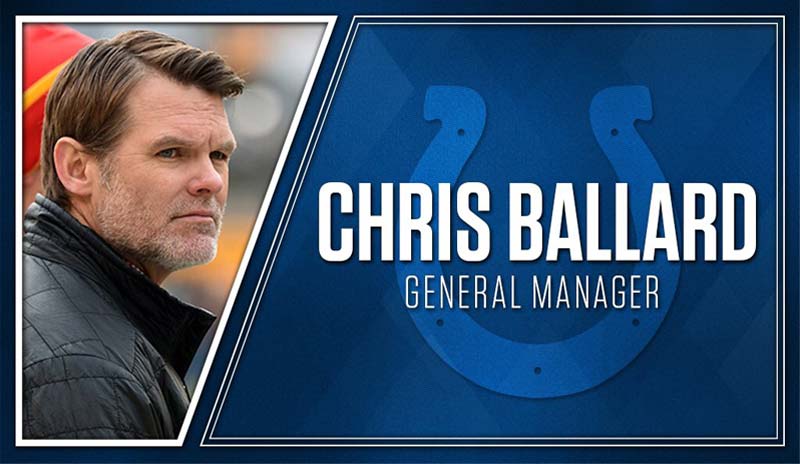 The Indianapolis Cots announced that the Press Conference had been scheduled tomorrow. Indianapolis Colts Vice Chairman and Owner, Kalen Jackson tweeted her reaction about the Chris Ballard GM of Colts as “So happy to welcome Chris to the @Colts family!”

So happy to welcome Chris to the @Colts family! https://t.co/DLSuAF1sFT

“Chris is a good example of a guy who’s a team player,” Chiefs’ president Mark Donovan said earlier this month. “You look at our entire organization, you look at everybody across the board on the football side, ops side, coaching side, players and I’d like to say business side as well — we’re all in this together. Chris is one of those guys.”

Because of the new General Manager of Colts, fans and people are like to Know about Chris Ballard’s past history. We can use the source of Chris Ballard Wiki to get his details.

Also, the Official Twitter page of Colts is giving the latest Updates from the team of the day.