Before Reliance Jio’s 1Gbps broadband launch, one of the Indian broadband provider ACT announced today at a press event that the company is launching 1Gbps connections for their users in India. Initially, it is started from one of the major IT hubs of the India, it is Hyderabad.

However, the ACT fibernet is the India’s third largest broadband service provider, who rolling out their gigabit internet service as first in India. The people of Hyderabad can request a connection by calling ACT at +91 40 66272727. In the United States, the Google Fiber providing the same speed as 1Gbps for selected cities. 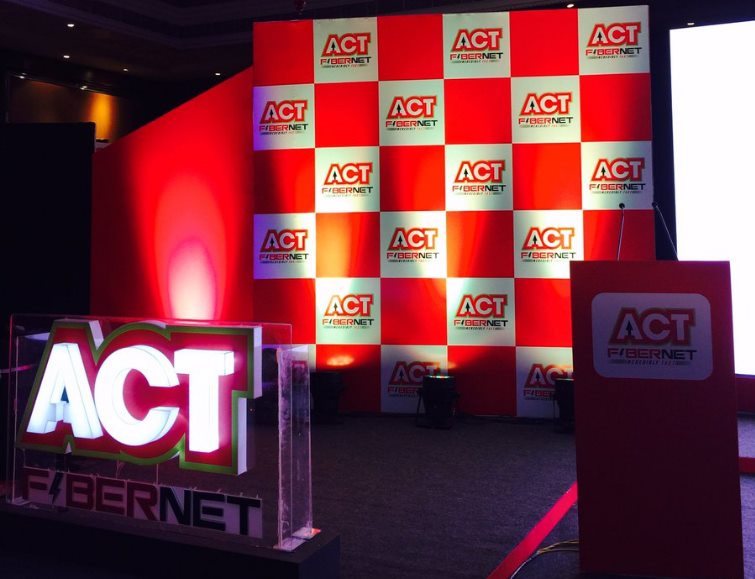 The company also revelled that the monthly subscription fee at Rs 6,900 along with the bandwidth cap if 1TB for the uploads and downloads. Early, the company providing the broadband service of 100Mbps at Rs 2000/month with the bandwidth of 250GB. Also, they provide the annual subscription for the video streaming services such as Netflix at Rs 6000 and Hotstar at Rs 1200.

Currently, the India is very busy with the internet users due to the Reliance Jio launch, which providing free voice calls from September 2017. Also, the company was provided free 4G internet till December 2016. Again, the new telecom service announced free services under the name of Happy New Year plan. Who also said that they will introduce the 1Gbps broadband services in 100 major cities. Due to various offers by the network providers, the India jumped from 114th position to 105th place globally for broadband speeds, with an average of 4.1Mbps across the country.

For Indians, 1Gbps connection is very big one. If the whole family is using the internet daily by watching videos, downloading more needs and playing online games, then it good to get this new 1Gbps ACT fibernet.