India vs Puerto Rico, Sep. 3: India continues their Winning status in the Football matches. India played its first International Friendly match on its home after 61 years. The Saturday match ends with the result of 4-1. It means India beats the higher ranked Football team, Puerto Rico. 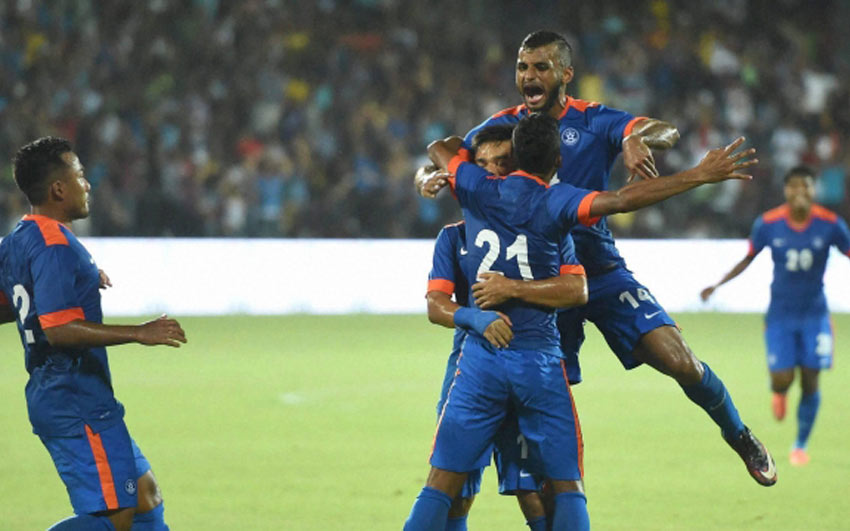 Narayan Das’s kick begins the points table of India at the 18th minute and makes it as each one point. Sunil Chhetri is player of the Match today, not a captain of India team. The Gurpreet Singh Sandhu carries that job for India on this Match. Sunil Chhetri’s second goal at the 24th minute. So, now the score looks as India 2-1 Puerto Rico.

India missed the Third Goal at the moment of 30′, but it was done within 2 minutes. Yup..! Sunil with the big assist to Jeje Lalpekhlua makes it as India 3-1 Puerto Rica. Now, India is lead by two goals.

Sunil – Jeje partnership fails at the game of 41st minute. The First Half ends with the result of 3-1. Jackichand Singh made another goal after the break in the 56th minute. So, now it is 4-1.

The 90 minutes of FIFA International Friendly match ended with the result of India 4-1 Puerto Rica. The team India wins their match after the victory against Bhutan 3-0 in the month of August 2016. Also, the team wins two of its matches in June on Asia Cup qualifiers against Laos as 6-1 and 1-0.

A stupendous performance by @chetrisunil11 is recognized duly by a raucous Mumbai crowd! #INDvPUR #BackTheBlue pic.twitter.com/ysv9K05UL9