Gujarat Lions vs Sunrisers Hyderabad, GL vs SRH Live Score Updates: The IPL 2016 Qualifier Match 2 will be held at the location of Feroz Shah Kotla Ground, Delhi for GL vs SRH. Scroll down to get Full ScoreCard and Highlights of the GL vs SRH match. 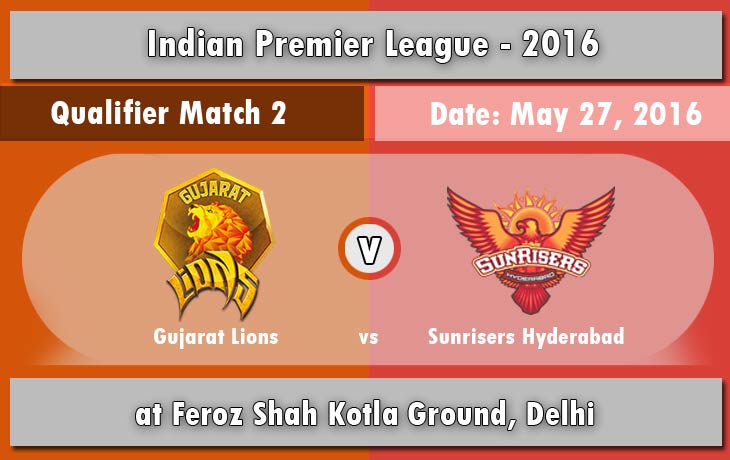 It is Qualifier Match for Gujarat Lions (GL) and for Sunrisers Hyderabad (SRH). Both of the team were lead by their Captains as an opening batting.

Gujarat Lions came out from the Qualifier Match by losing their Match against with Royal Challengers Bangalore. And, now it is another chance for GL to enter into the Final on May 29, 2016.

In the top order of Gujarat Lions, they lined-up with Aaron Finch, Brendon McCullum, Suresh Raina and Dwayne Smith.

It is the second knockout Match as consecutive for Sunrisers Hyderabad. Due to David Warner and company's performance against with Kolkata Knight Riders. KKR defeated by SRH by 22 Runs. Initially, SRH scored 162 runs for 8 Wickets and their opponent can't able to chase their score. KKR scored only 140-8.

Shikhar Dhawan and Yuvraj Singh are there to gave a tough competition against Gujarat Lions. 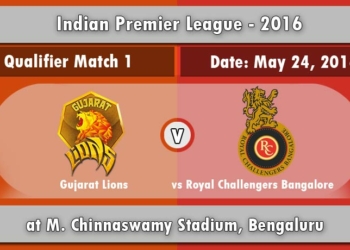