IPL Live score 2018 CSK vs MI: This is 27th IPL Twenty 20 match of this Indian Premier League season. Today's game is the MS Dhoni 150th match as captain in the IPL tournament. In the last six matches of this season, CSK won five matches and five Man of the player award, they are Dwayne Bravo, Sam Billings, Shane Watson, Ambati Rayudu and recently MS Dhoni.

Today's game will be played at Maharashtra Cricket Association’s International Stadium in Pune. The game set to kick start on 8 pm local time. CSK team at the top of the standings at present and MI at bottom of the table.

CSK winning chance: The Chennai Super Kings have five wins from 6 matches and they are currently at the top of the standings. But their today's opponent Mumbai Indians are the direct opposite, they have five losses from six matches. So are placed at the other end of the table. Today's game will also favor for CSK to win.

Update: Mumbai Indians have won the toss and have opted to field

Watch Chennai Super Kings vs Mumbai Indians Live Streaming IPL 2018 on Star India, which is available on 11 TV channels and online digital platform in six languages. So, the CSK and MI fans can this match at anywhere officially from TV and mobile apps like Hotstar, Jio TV, and Airtel TV. 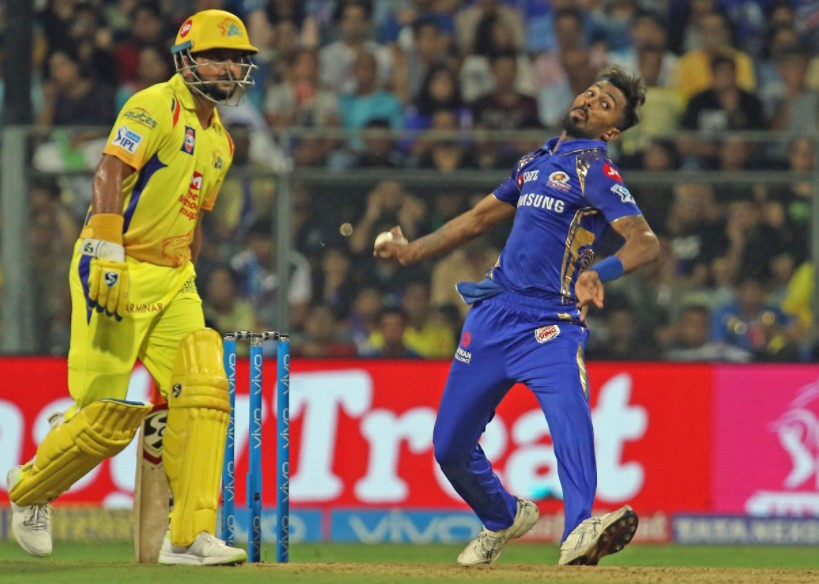 CSK vs MI Key Batsmen: Ambati Rayudu has scored his career’s highest score in the last game against RCB. He doing many roles at a time as an opener, finisher, and wicketkeeper-batsman. Shane Watson and Suresh Raina are presenting their mixed performance in this season.

In the Mumbai Indians, Suryakumar Yadav doing good in the recent games as he scored some decent double-digit individual scores. Evin Lewis and Ishan Kishan are also there but need to contribute more to team's success.

CSK vs MI Key Bowlers: Mayank Markande and Jasprit Bumrah are the two MI bowlers who have picked up wickets in the all matches regularly for the team. Deepak Chahar is the new best find of CSK who has picked up six wickets which all in the powerplay overs. Imran Tahir is also another biggest key bowler of CSK.

Chennai Super Kings Live Match on next: CSK will play their next game at their present/adopted home ground against Delhi Daredevils on April 30, Monday.

Mumbai Indians Live Match on next: Rohit will play their second home game in three consecutive away fixtures against Royal Challengers Bangalore on May 1st, Tuesday.

UP Board 12th Class Result 2018 DECLARED at upresults.nic.in

UP Board 12th Class Result 2018 DECLARED at upresults.nic.in