The Australia has struggled with their standing at present, the team has scored 9 points out of five played games. The Iraq is playing over Australia at Tehran on Thursday. The Iraq is standing at the fifth position in the Grop B stage. However, the Australia looking to qualify for the 2018 World Cup in Russia by winning upcoming games.

The Australia Football team is currently sitting on the third spot of Asian qualification table. The team needs to climb above of Saudi Arabia and Japan. The top two teams have scored ten points each out of five games. The third team of the table is Australia which scored nine points along with the UAE. The opponent of Australia today, the Iraq had three points by winning only one game out of five. Moreover, the Thailand look to be out of the running. 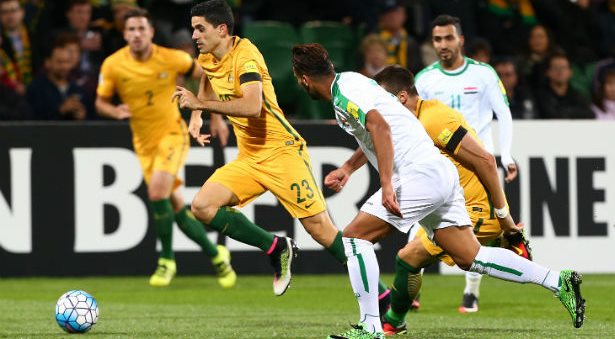 The Australia head coach Ange Postecoglou said that “We’re expecting a tough game and we expect a tough game every time we play, but when we’re in camp we talk about Australia. We talk about our team, we talk about our football. We respect every opponent, sometimes maybe it works in our favour that other teams maybe don’t respect us, but we’ll see that on the pitch. We’re Asian champions, we’ve qualified for the last three World Cups, we want to qualify for our fourth World Cup and we’re going to a Confederations Cup.”

Also, he added that “We concentrate on ourselves and if we play our football, we don’t fear anybody.”

Postecoglou added on Iraq that “They don’t have as many points probably as their performances deserve. If you give them those three points they’d definitely be in the mix.”