Harish Kalyan had a role of Thiruda Thiruda on Wednesday’s episode task. He also completed the task as successfully. But, the sadness is he doesn’t know that he will be evicted from the show on next day (today’s episode). In the latest promo of Bigg Boss Tamil for the episode of Thursday (28 September 2017). It shows the mid-week eviction happens at the midnight. As per the assumption of the viewers, it might be Harish or Bindhu.

This is the final week of Bigg Boss Tamil. Only two more days to go for the final stage of actor Kamal Haasan’s biggest reality show in Tamil. The show started with the total of 15 contestants and then 4 new contestants were entered into the house on or after 50 days of the show. Now, it is time for the 100th day, the grand final will be aired on the coming Saturday (September 30). From Sunday of this week, KPY season 7 will be started airing at the Bigg Boss time at 08:30 pm. 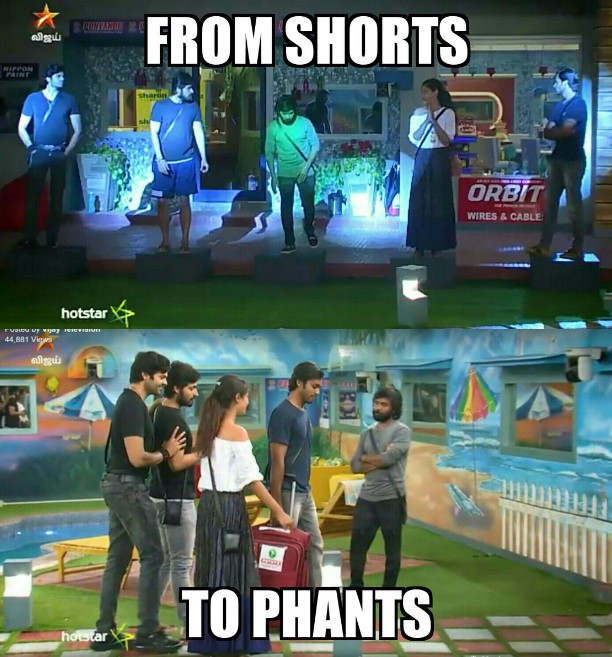 After several nominations, eliminations, and tasks, the Bigg Boss to eliminate one more contestant from the final five. Snehan, Ganesh Venkatram, Arav, Bindhu Madhavi, and Harish are the final five. One of them will be eliminated from this show, according to the today’s latest promo. It might

How did they predict that it is Harish?

In the latest promo, it shows that he changed to casual pant from the Trouser (nightwear). It makes viewers guess as he is that one who evicted from the house in the midweek.