“The weather is fine and the countdown for the launch is on schedule,” K Sivan, Director of Vikram Sarabhai Space Centre (VSSC), told PTI on Sunday evening.

The Space Shuttle RLV Technology Demonstration (RLV-TD), is aimed at putting satellites into orbit around earth and then re-enter the atmosphere. RLV will be carried up on a solid rocket motor. The nine-metre-long RLV rocket weighs 11 tonnes.

Reusable Launch Vehicle, RLV looks similar to the US space shuttle in their looks. The double delta-winged RLV-TD is a experimented version of a scale model which is almost 6 times smaller than the final version. The 6.5m long RLV ‘aeroplane’-like structure weighs around 1.75 tonnes and will be hoisted into the atmosphere on the special rocket booster. 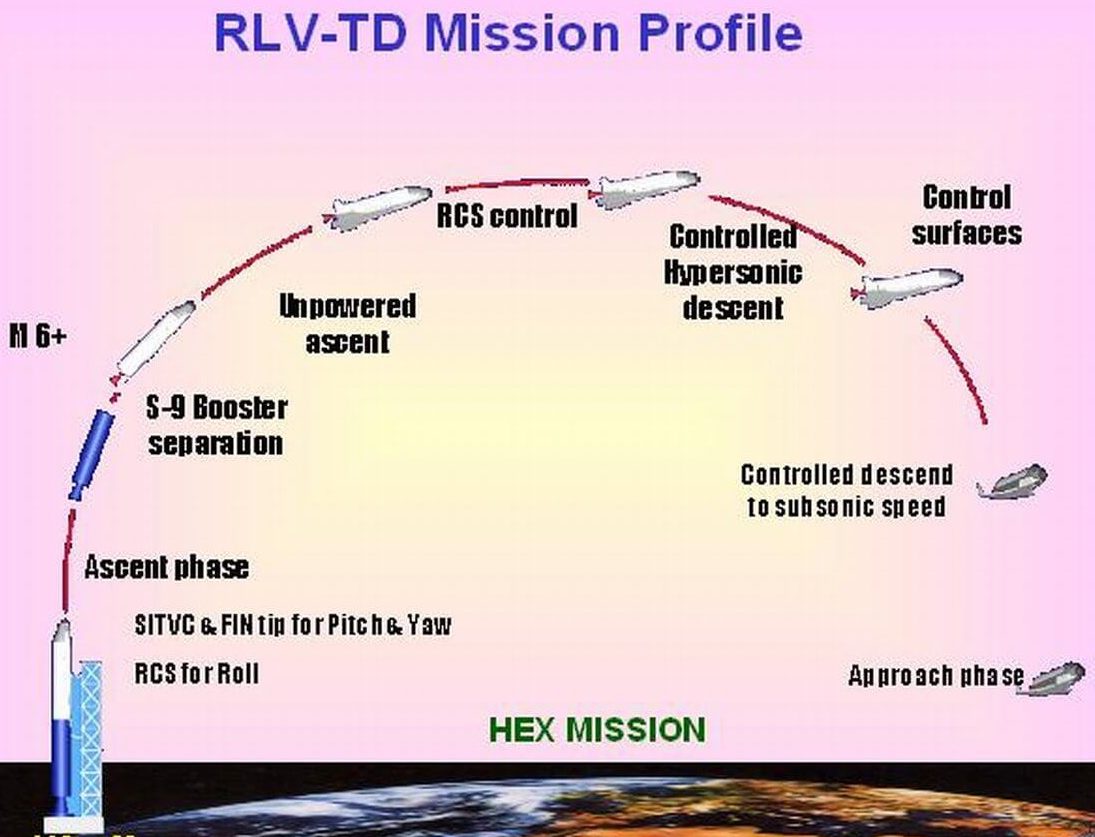 After launch from the Sriharikota spaceport, about 100 km from Chennai, RLV glided back onto a virtual runway in the Bay of Bengal, around 500 km from the coast. The vehicle has been taken to a height of over 70 km and to be released for its re-entry into the atmosphere of earth.

Space Shuttle RLV’s mission, known as the hypersonic flight experiment, is expected to last about 10 minutes from flying to splashdown.

The Shuttle RLV-TD is described as “a very preliminary step” of a reusable rocket for which the final version is expected to take 10-15 years more. This RLV-TD project is estimated to have Rs. 95 crore investment from Government of India. Indian Space Research Organisation (ISRO) Chairman Kiran Kumar says the importance of the experimental RLV said it is essentially an attempt by India to bring down the cost of making infrastructure in space.

“The RLV is a mechanism for us to bring down the cost of launch. We intend to go through a series of technology demonstration exercises, first, one of it, what we call HEX-01, that is a hypersonic experiment. It is called a winged body,” Mr Kumar said.