Jaguar XE SV Project 8 Super Cars: Jaguar’s biggest update is here in these recent days. It is the most powerful car by the company, it is named as Jaguar XE. It looks as the sports car. The official updates by the company didn’t reveal yet. However, the various sources saying various statements about this new supercar.

According to the multiple sources, look the image given below and it shows that the painting is one of the vital factors in the manufacturing of the car. Most of the automobile websites didn’t declare any idea about that. Whereas, it should be a looker seeing as the Special Vehicle Operations (SVO) with 592 bhp super limited edition of the XE. 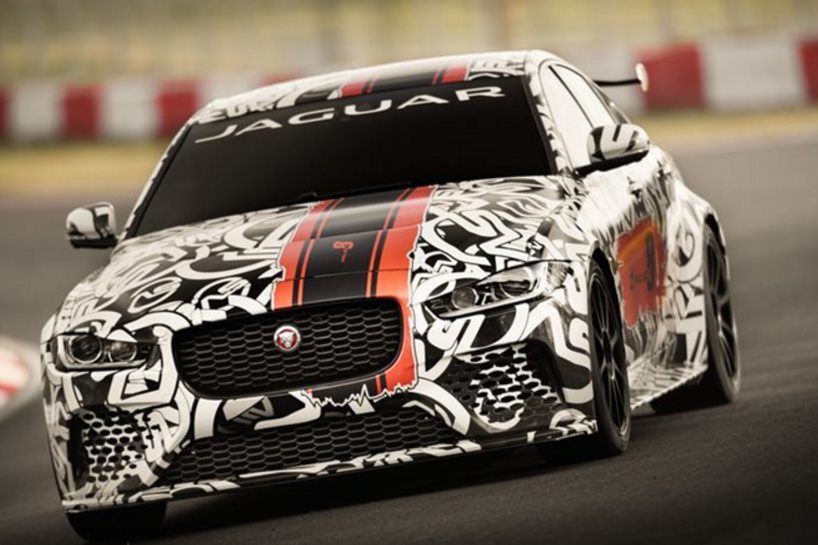 Also, the company revealed that they’ve been fine tuning the car at the Ring that we can expect to hear a bonkers lap time in the near future. After the Project 7, the company manufacturing rich cars at the SVO Technical Centre at Coventry.

As mentioned above, it is the second Jaguar to be manufactured by the Special Vehicle Operations team.

The Managing Director of Jaguar Land Rover Special Operations, John Edwards said that “The time is right for SVO to produce the most extreme performance road car in the history of Jaguar. The SVO team is possessed by the spirit of performance and committed to creating the most thrilling driving experience imaginable.”

After the completion of Jaguar XE SV project 8 manufacturer, the full spec sheet of the car will be out to the public.

The company will showcase this car at Goodwood Festival of Speed in the UK on June 28, 2017. It could be one of the rich sports cars of the year 2017.

Stay tuned for the most latest Updates!