Jallikattu Song by GV Prakash: Musician, Actor GV Prakash Kumar released a single track which is dedicated to Jallikattu along with “Neruppu Da” fame Arunraja Kamaraj. The single track is named as “Kombu Vacha Singamda” Lyrics video was Officially released on GV Prakash’s Youtube channel last week. The most important thing to note down is, the duo promised to donate the revenue generated by this song to the struggling farmers and their families. This is really a great initiative from GV Prakash and Arunraja Kamaraj.

Lyrics of the song “Kombu Vacha Singamda” was written by singer Arunraja Kamaraj himself. This song already received more than 8 Lakhs views and still going up strongly with 35,000+ likes. You can check Kombu Vacha Singamda lyrics in the description of the YouTube video. Here is the official Jallikattu song by GV Prakash, 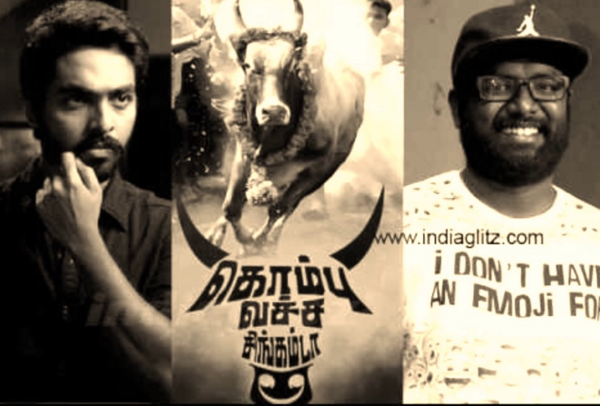 Stay tuned for more interesting updates on Jallikattu. If you like this Jallikattu song by GV Prakash and Arunraja Kamaraj and their great initiative by donating money to farmers, hit like and comment to appreciate their good move.