Technology is exploding at an exponential rate. With such a growth, it’s difficult to keep vigil of the social networking applications. It has never been easy for common people to differentiate rumours from news and thus a new initiative is taken by the government of Jammu and Kashmir to monitor Whatsapp groups. Monitoring of such group makes it difficult for people to post false information. 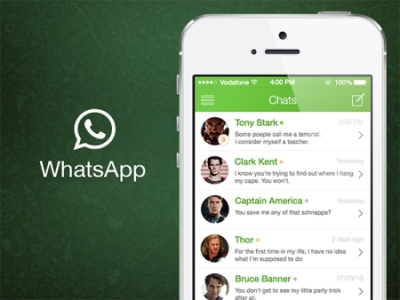 A circular issued by the office of the district magistrate of Kupwara says that all the group admins of the existing Whatsapp groups in the district have to register in the office within a period of 10 days. The notice also said that the police will take necessary action against those posting incendiary messages in Whatsapp groups leading to conflicts. The admin of Whatsapp groups will be held responsible for all activities that happen in the group.

The circular also mentions that the government employees are restricted to make any remarks with regard to politics. Officials are appointed to maintain records of Whatsapp groups to check and see if there are any disciplinary issues among the youth. This could probably be a result of individuals provoking them. These officials will be allowed to take necessary action against any individual being a part of any activity that causes strife.  With all these new rules, it is believed that hoaxes and other information causing disputes will reduce greatly in Jammu and Kashmir state. 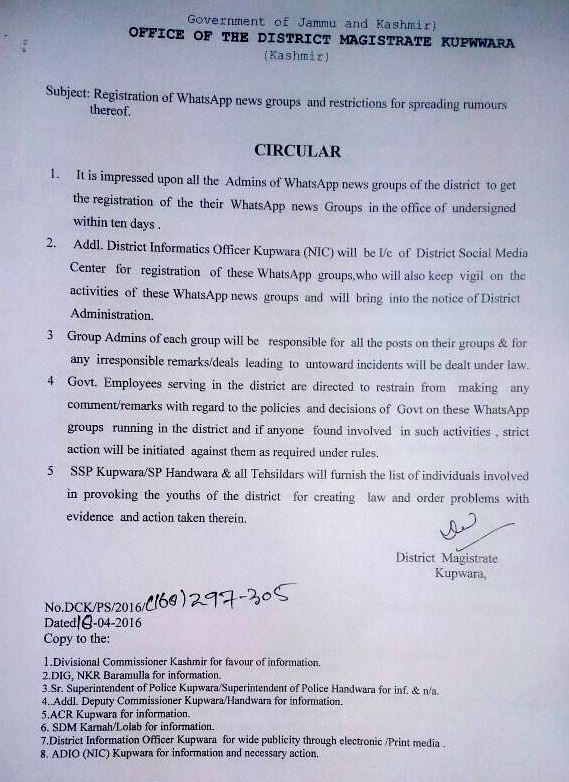