The 26 years old, world’s 3rd best Test Cricket batsman Joe Root has been named as England Test Cricket captain by replacing Alastair Cook who resigned his captaincy last week. Alastair Cook captained for more than 4 years for the England Cricket team in the Test format, he was given some time to reconsider his resignation. After some time, Joe Root was elected as a new captain and announced as a replacement for Cook by Andrew Strauss.

Joe Root has very little experience in captaining a side for Test Cricket, he captained some games for Yorkshire, but still, this became a trend in a modern cricket to give over the captaincy to the star player of the team who is responsible for many wins for their team. Joe Root will be the 80th player to captain team England in the Test format. He was a vice-captain of the team before and now promoted as a captain. His spot has been handed over to 25 years old Ben Stokes. 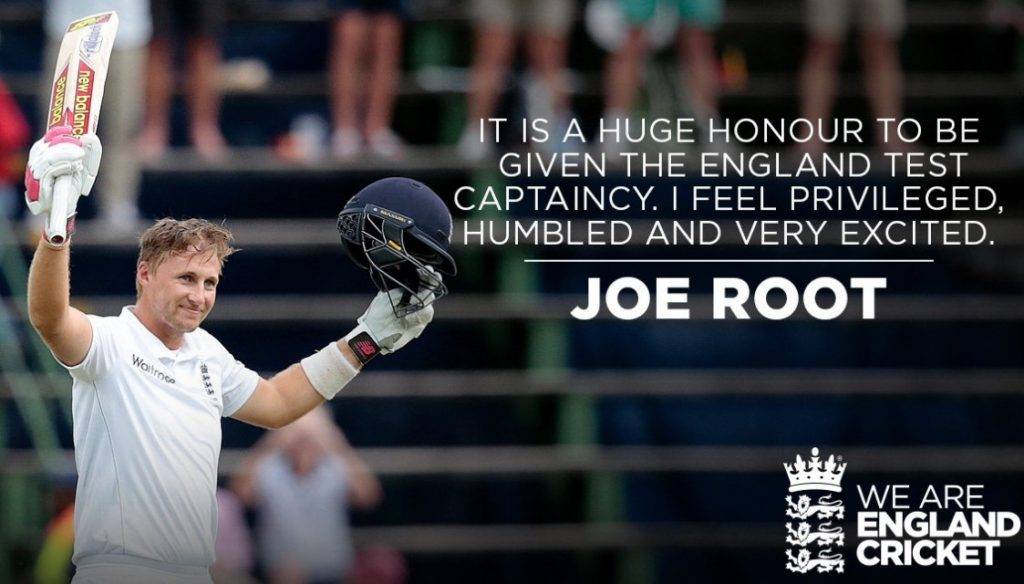 Root is a run machine of modern cricket without any doubt as he is the only batsmen who score more than 4500 runs among the player who debut after December 2012. Indian Cricket captain Virat Kohli is a huge competitor of Joe Root in all format’s of Cricket. In the recent series of England against India, Joe Root played a huge role in many matches and became a challenge to the Indian cricket team.