Varun Dhawan's Chalti Hai Kya song teaser is the tribute to the Salman Khan's Judwaa. In the old song, Salman Khan had his costume of red shirt and black jacket with the shimmery silver pants. The lead actress of the movie, Karisma Kapoor seems that she cheering for him in between the crowd for the dance of ‘Tan Tana Tan'. It was the biggest blockbuster song in 1997, it is ‘Chalti Hai Kya 9 se 12'.

The latest version of the same song will be released on August 25th Friday towards Ganesh Chathurthi. This time, it is Varun Dhawan who paired up with Jacqueline Fernandez and Taapsee. 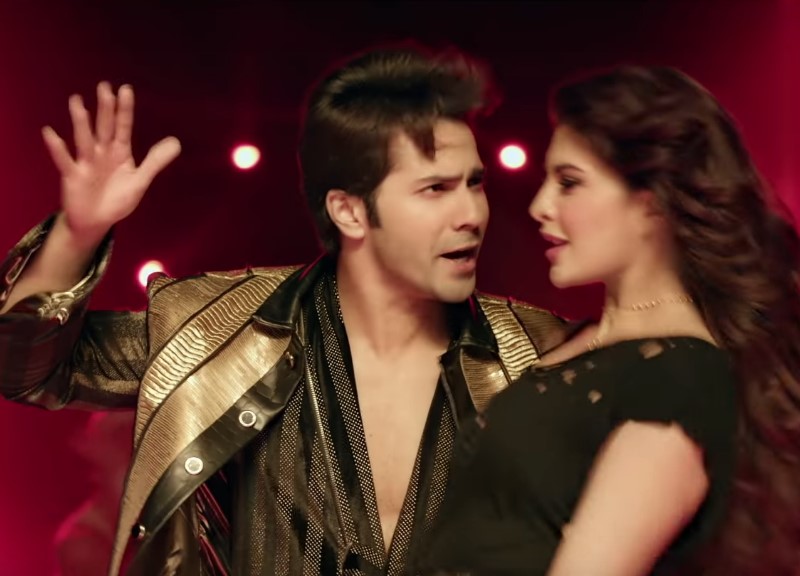 The teaser video of the Judwaa 2's Chalti Hai Kya song has shared by the Varun which was released on T-series TouTube channel. The revamped version of the song will definitely makes another hit from the 90s kid, who all now in teen.

The latest version of Chalti Hai Kya 9 Se12 was sung by Dev Negi & Neha Kakkar. The song lyrics are penned by Dev Kohli himself.

In the description of this video on YouTube, it mentioned that “In what is a tribute to the original blockbuster song, Judwaa 2 star cast Varun Dhawan, Jacqueline Fernandez and Taapsee Pannu brings back the magic of Chalti Hai Kya 9 Se 12 and adds their own inimitable touch to the classic!”

Jacqueline Fernandez on Twitter: Our tribute to the original!!

Taapsee on Twitter: I loved the original! I love the new one!

The family entertainer ‘Judwaa 2' scheduled to release on 29th September, Dussehra festival of 2017.