The Kerala turned the 60th year and celebrated the birthday of the modern state of Kerala on November 1, 2016. Nowadays, most of the people like to speak in English, and many of us feel proud with our English and also, we speak about our mother tongue’s specials. The director Hari P Nair has released the short film with the title of Ka Cha Ta Tha Pa ( ക ച ട ത പ ) a Mini Cinema. The short film has released on the Ramesh Pisharody Official YouTube channel on November 1, 2016. Watch the Ka Cha Da Tha Pa Malayalam Short Film here at the end of this page. 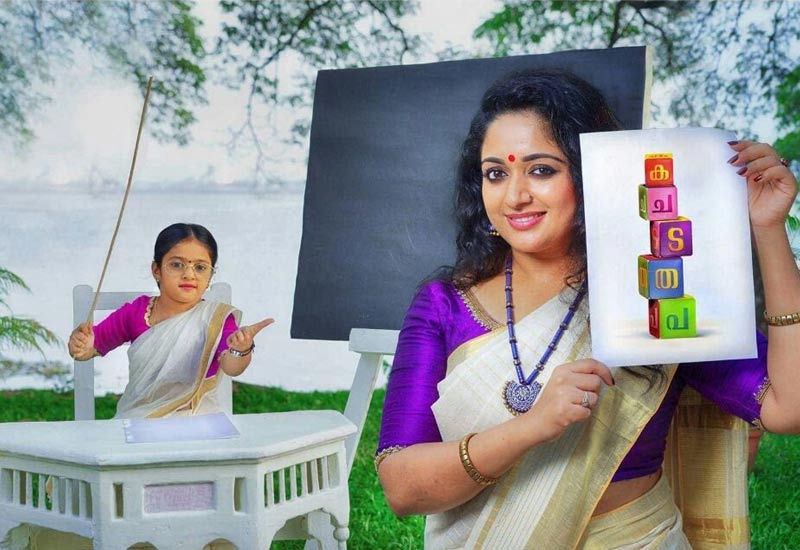 On the day of Kerala 60, the latest short film has remembered the alphabets of Malayalam language. The two minutes twenty-two seconds short film begins with the introduction of the white bird. And, then the child artiste Akshara Kishore’s introduction as a teacher. Malayalam films comedian Dharmajan Bolgatty is the third introduction. All the three characters only there in this short film.

Teacher (Akshara Kishore) asked her student (Dharmajan Bolgatty) to write the Malayalam alphabets without any mistakes. At the end of the seconds, actress Kavya Madhavan appeared on this video and asked the viewers to check that they still remember the 51 alphabets of the Malayalam language.

The Film has produced by the comedian Ramesh Pisharody. Now, the video is trending over the YouTube India at the Top 10 position. Most of the celebrities such as Govind Padmasoorya, Rachana Narayanankutty, Thesny Khan and Saranya Mohan were shared this video on Social Media.

According to the Ka Cha Da Tha Pa Malayalam Short Film views on YouTube at present, the video has crossed the 1.8 lakh views, and the video had more than two thousand likes. The Hari and Pisharody have already released a short film ‘Punchirikkoo Parasparam’ on 31st October 2016 which focuses on humanity through a smile. Punchirikko Parasparam has starrer by Mohanlal, Renji Panicker, Asha Aravind, Pearle Maaney, Dharmajan, Pisharody, Akshara and Jennifer Antony. Watch the Punchirikko Parasparam short film at the Ramesh Pisharody Official YouTube Channel.

Stay tuned with WORLDHAB and get more latest trending videos.