Kaala Movie Review: In the recent years of Rajinikanth’s cinema career, his film is releasing all over the world with only little promotions when to compare with other recent films. Because of his minute of words from his mouth created a controversy after his announcement of political journey officially.

Pa Ranjith’s new directional film Kaala has released some parts of the world already and getting reviews from the audience. Check all the Kaala audience review below. In Tamil Nadu, the film will be released on June 7th with the morning special show which starting from 5 am on some theaters. Timing various based on theaters, the makers have got permission for the special shows until June 10th from the state government of Tamil Nadu.

Due to 48-day Kollywood strike, the film delayed on its release by two months. This is the second film for Rajinikanth with the collaboration of Pa Ranjith directional and Santhosh Narayanan. Huma Qureshi is the female lead in this film.

Let’s check the Kaala Story: It is based on the crime thriller in Mumbai. It is a story of  Karikalan from Tirunelveli. The story tells the audience that how he handled the situation that the people from Tamil Nadu suffering in Mumbai.

In one line: Kaala is the story of land is the common man’s right. As per the sources, the lead character of this film is inspired by late Mumbai don Haji Mastan Mirza. In the audio release event, Rajinikanth himself said that the film contains political, but it is not a political film. 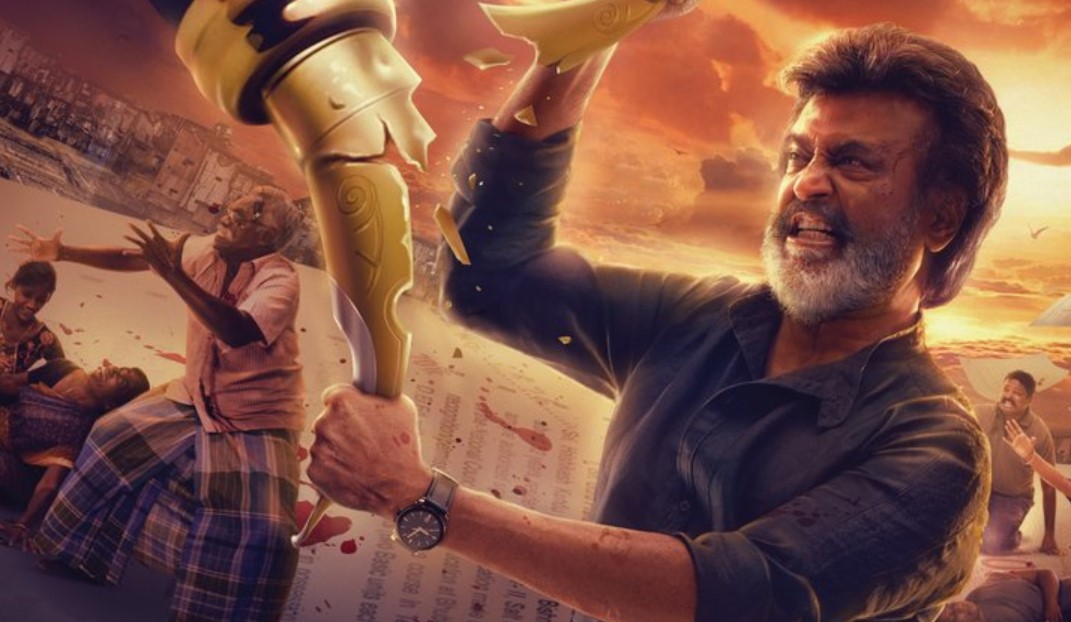 As mentioned early, the hype on this film looks less than other Rajinikanth’s film which all released on past 20 years. Also, the makers didn’t focus more on the promotions. It is expected that the film will earn good audience strength by mouth talk.

Kaala Review: The Movie starts with the explaining the significance of owning land in rights of the individual with some animation. Then, shifts to the present day with help of Black colors as much. The film contains some of the actual government schemes on the process of making a Digital city, in this film, the land mafia hatching plans to destroy the slums of Dharavi to make it Digital Dharavi.

Like the same on Kabali lovemaking scenes, fans are enjoying the love chemistry between Zareena and Kaala. Huma Qureshi played beautifully in this film. In the pre-interval fight scenes, it is a typical masala stunt sequence with the support of VFX. It is the introduction of antagonist Hari Dada. This fight scene is the big treats to his fans.

The audience can predict the story followed by the interval. Here, is the scene what we saw in the trailer that Kaala asks his people to use their body as a weapon to save their lands.  He telling his people to shut Mumbai city down by going on a strike. People who all living the slum are working as taxi drivers, municipality staff, hospital staff and so on. Mumbai comes to a standstill. The antagonist Hari Dada seeks revenge.

Also, we noticed that the antagonist Hari Dada who always with the white dress and the hero Kaala with Black. Pa Ranjith like to explain this to the people that white is evil and black is good, which is reverse from the logic.

Apart from Tamil, Kaala (Rajinikanth) speaks in Hindi and Marathi, it is also one of the biggest treats for his fans. As mentioned above, Pa Ranjith’s lovemaking scenes are talkable from his first film. He continues the same here in this film too. The love between Kaala and his wife Selvi (Easwari Rao) are very beautiful. Also, his sons’ love with his girlfriend Puyal (Anjali Patil) is engaging the fans to watch the film in the love portions.

From the report of the first show in the overseas. It is fully a commercial entertainer. In the interval fight and climax are notable and appreciated by fans. When comes to cons, the film is predictable in the second half, no usual punch dialogues from Rajinikanth. Some audience noted the length of the film.

Ramesh Bala: Kaala 1st Half: Thalaivar Mass holds it. Once he takes charge, then it’s fiery all the way. Rain fight, Confrontation scene with Nana Patekar – Theatre Therikkudhu. The family and scenes with Huma Qureshi are cute and interesting.

@srini_mama: Just finished watching #Kaala in a fully packed cinema hall. 1st half a few slow moments. But 2nd half is so intense & gripping. Brilliant work @beemji @rajinikanth such a mass mass performance. To haters, the Rajini craze will never die off! Kudos @dhanushkraja BLOCKBUSTER

Shiva: The director has covered a lot of stuff in 150 mins – communalism (Rajni’s son), communism (people demanding bigger temples), politics, exploitation of poor by the rich, caste-divisions within the society and the whole Ram vs Raavan thing… Kaala is a very powerful film. The more you think about it, the more it grows on you. Over the time, this will be regarded as a classic. 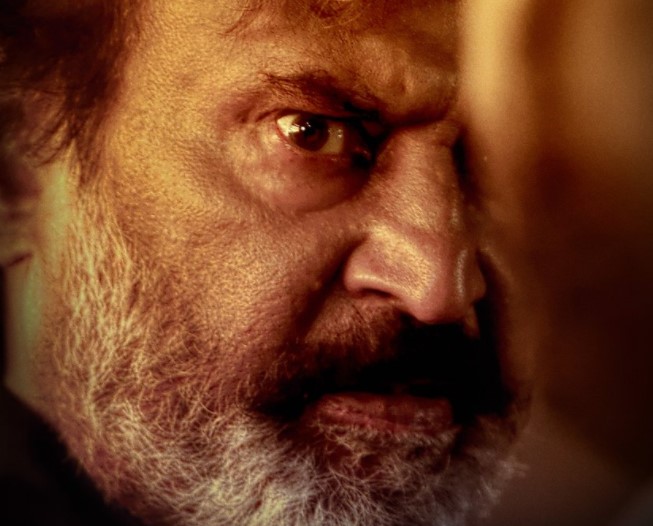 Aniket Bose: Kaala is your junk food over the weekend. Rajni- Nana scenes confrontation scenes are the film’s biggest highlight. Also, the CLIMAX sequence is probably one of the better shot scenes in a long while. Keep your expectations in check and you will enjoy this.

Kaala Premier done in Singapore. Pros: Thalaivar Intro, BGM, Rain fight, Interval, Nana Patekar. Cons: A little slow in the beginning. Overall my rating as a non-Rajini fan 3.25/5 Decent film not outstanding but definitely not bad (Went with no expectations).

Kaala is Just OUTSTANDING Mass Entertainer! Kaala is a complete package of entertainment for the masses and devoted fans of masala movies. Rajnikanth is in the center of the battle between good and evil. He Nailed it. This one is sure to roar at the box-office. It has Blockbuster written all over it! ⭐⭐⭐⭐ 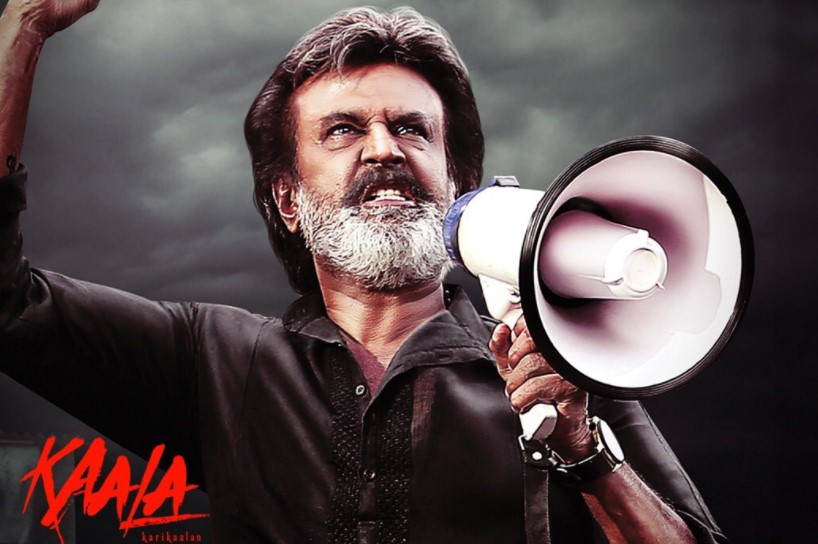 Dhanvanth @DhanvaV: As an ardent Rajini fan I just finished watching the fdfs morning show for Kaala in Canada, this movie is beyond beautiful in both story and visually. Not gonna say much cause I’m not gonna spoil it for Rajinikanth fans. Santhosh Narayanan bgm is amazing and works flawlessly with the story which was beautifully executed by Pa Ranjith. Easwari Rao’s acting and her character are extraordinary. This movie will repeat on the fact of what Rajini meant by anti-social elements while showing what Rajini is willing to offer when he comes into politics, and I hope the idiots who screamed that Kaala will be a flop can brace themselves for the blockbuster of the year.

Subramanian Surya @subbusurya: There is an indirect but sharp reference to Sterlite Protest and the police firing.

Kaala Pre-release business: check out how much has earned