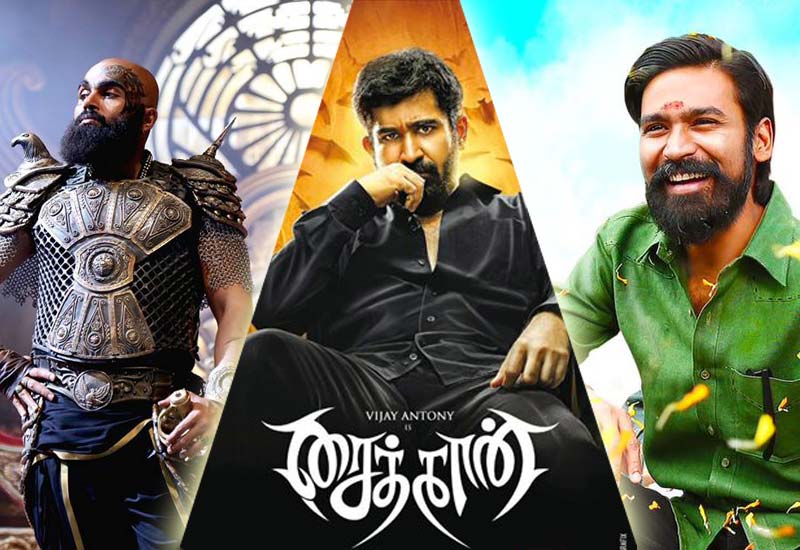 Kaashmora: Actor Karthi’s Fantasy action drama film will be released in two versions as Tamil and Telugu. The male lead actor has lots of fan followers in Telugu states, while the female lead also has the huge fan base in Andhra Pradesh and Telangana. Nayanthara and Sri Divya are the two heroines of this film. Current trendy Tamil music director Santhosh Narayanan is the composer of this film. Gokul is the director of this film. The film will hit the theaters under the same title of Kashmora. Check the Kashmora USA Theater List.

Kodi: Actor Dhanush will appear on the screens for the first time in the dual role. Kodi is the Political Thriller genre, which has directed by the RS Durai Senthilkumar. Whereas, the film has produced by the Vetrimaaran under his home banner of Grass Root Film Company. This film also had the two heroines as Trisha and Anupama Parameswaran. However, Santhosh Narayanan is the music composer of this film. The Telugu version of Kodi had the title as Dharma Yogi. The movie will hit the theaters at this weekend festival of Diwali 2016.

Saithan: Actor Vijay Antony has selected the story theme again as a thriller with the psychological format. Pradeep Krishnamoorthy is the director of this film. Arundhathi Nair is the female lead of this film. Vijay Antony has composed the music and background score for his film. The Actor had a good name due to the success of Bichagadu in Telugu. So, he will release his film over the two Telugu states. Saithan had the Telugu version with the title of Bethaludu.

According to the direct Telugu film release, there is no list from Telugu state. So, these Tamil films will take the road to blast the festival season over south India in this Diwali. Karthi’s Kashmora will release over 600 screens in the Telugu States.